CCTV footage showed a three-wheeler rickshaw turning towards Uttam Kumar on a deserted road and hitting him intentionally. 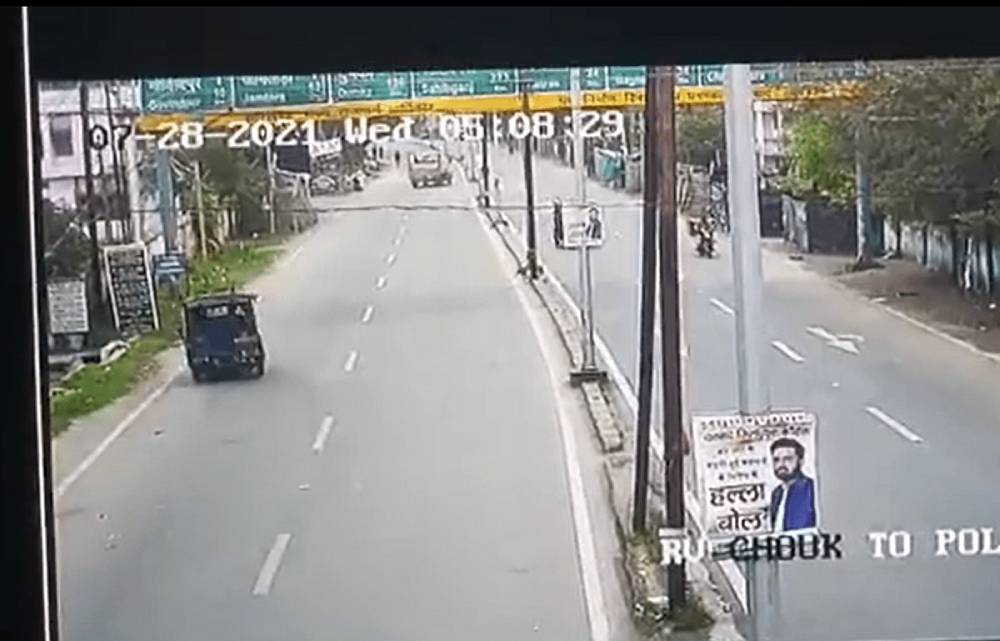 Jharkhand Police has formed a special investigation team to probe into the death of a judge who was hit by a vehicle on Wednesday morning. Additional district and sessions judge in Dhanbad, Uttam Anand, was killed after an unidentified vehicle smashed him when he was on his daily morning walk, the police said.

Locals immediately rushed him to Dhanbad medical college, where the doctors declared him dead.

CCTV footage showed a three-wheeler rickshaw turning towards Uttam Kumar on a deserted road and hitting him intentionally.

The vehicle then can be seen driving away.

“The CCTV footage and all related aspects would be analysed [to] identify the vehicle,” said Kumar.

Also Read: After Chautala, Sukhbir Badal bats for united third front to save the country

A murder case has been filed informed Kumar, adding that the police are looking into every possible angle.

Soon after the judge was seen lying on the road, the area residents took him to the Shaheed Nirmal Mahato Medical College and Hospital.

“He [Judge Anand] had sustained an injury to the back of his head,” informed Arun Kumar Choudhary, the superintendent of the hospital.

Uttam Anand succumbed to his injuries around 8.30 am, the hospital stated.

The judge's wife Kriti Sinha in her complaint stated that her husband left the house at 5 am and when he didn't return for long, the family began looking for him.

People who took Judge Anand to the hospital had no idea who he was, his body was identified later by his driver at the hospital.

Prabhat Sinha, a Jharkhand High Court lawyer, alleged that the incident doesn't look like a road accident but planned murder. “The CCTV footage clearly shows that the auto driver intentionally hit the judge,” he said.

Sahebganj District and Session Judge Bansidhar Tiwari, who is also the secretary of Jharkhand Judicial Service Association, demanding a High Court high-level probe into the case, claimed that the footage clearly showed a nasty plan behind Anand's death.

A CBI inquiry has been demanded into the incident.