Kangana Ranaut Reacts To Withdrawal Of Farm Laws: ‘Sad, Shameful; Dictatorship Is The Only Resolution

Actress Kangana Ranaut is upset with Prime Minister Narendra Modi's announcement that the government has begun the process of repealing the contentious farm laws. 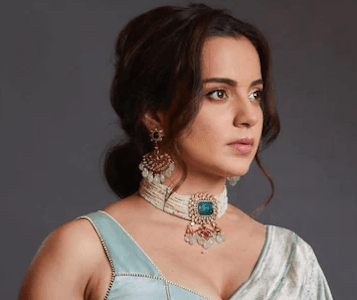 Kangana Ranaut, an actress, is disappointed with the government's decision to repeal the contentious farm laws.  On Friday, she shared her thoughts and opinions via Instagram Stories.

Also Read: #Bhakts trends on Twitter as PM Modi announces to repeal three farm laws; know how internet reacted
Sharing a person's tweet about the repeal, Kangana wrote, “Sad, shameful, absolutely unfair. If people on the streets have started to make laws and not the chosen government in the Parliament, then even this is a jihadi nation. Congratulations to all who wanted it like this.”
Also Read: Modi Govt’s masterstroke in Punjab; Eyes on farmers vote bank 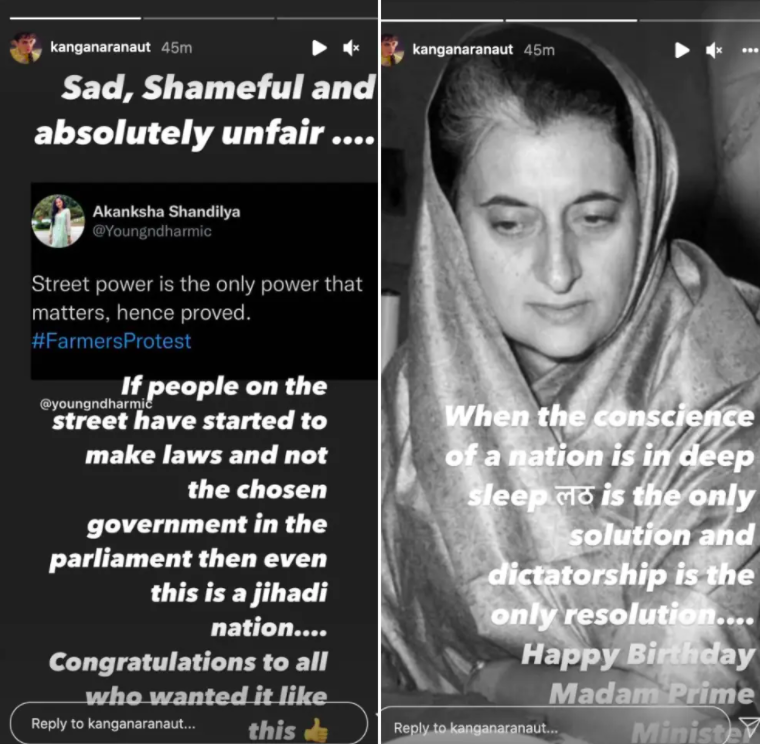 In a second post, she shared a picture of late former Prime Minister Indira Gandhi. “When the conscience of the nation is in deep sleep, lath (the cane) is the only solution and dictatorship is the only resolution… Happy birthday Madam Prime Minister," she wrote. Friday marks the 104th birth anniversary of the former PM.
Following protests by a portion of the country's farmers, Prime Minister Narendra Modi said on Friday morning that the Union government has chosen to repeal the three farm laws passed in Parliament in 2020.
"I've come to inform you, the entire country, that we've chosen to repeal all three farm laws." "We will complete the constitutional process to repeal these three agricultural laws in the Parliament session starting later this month," the Prime Minister stated in a televised speech.
Despite the Centre's continuing efforts to break the logjam, a segment of farmers in Punjab and Haryana, as well as some parts of Uttar Pradesh, have been protesting for about a year, seeking the repeal of the farm laws.
Kangana had said, “Rihanna, a porn singer, she is no Mozart and has no classical knowledge. She doesn’t have any special voice. If 10 reputed classical singers will sit together, they will say that she doesn’t even know how to sing. In American culture, people like Kim Kardashian, who have unidentified careers, are their icons. No one knows what they do. This is a racket of capitalism which is confusing the youth. Likewise, Rihanna is no genuine artist, she is a porn singer. When you have talent, you don’t need to do anything else.” Soon after, Kangana was banned from Twitter.