Kangana to experiment with 10 different looks in Dhaakad; film in post-production stage

Ranaut wants makers of Dhaakad to launch the teaser with 'Thalaivi'. Meanwhile, talks for the same are going between makers of both films. 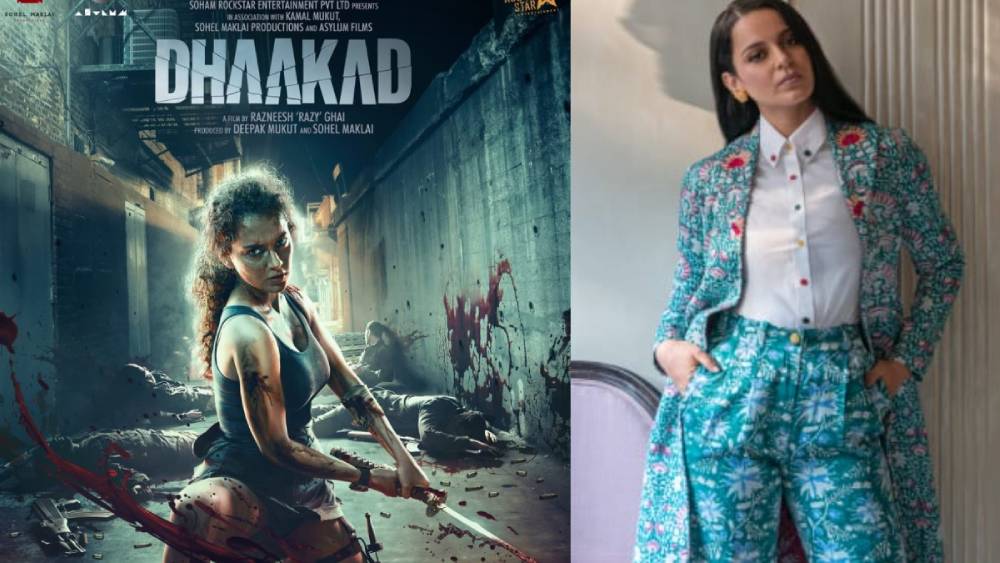 With two back to back action genre films, Kangana Ranaut is all set to entertain the audience in the first half of 2022. Those two films are 'Dhaakad' and 'Tejas'. While 'Dhaakad's' shooting is completed, Ranaut is continuing with 'Tejas' shooting. Meanwhile, Bollywood queen is coming with the biopic based on former Tamil Nadu chief minister "Jayalalithaa" on September 10 - 'Thalaivi'.

Sources associated with the film 'Dhaakad' told that Kangana will be seen doing hardcore action in the role of the agent. Dhaakad is currently in the post-production stage and going on with great progress.

Ranaut wants makers of Dhaakad to launch the teaser with 'Thalaivi'. Meanwhile, talks for the same are going between makers of both films.

Kangana is said to experiment with 10 different looks in the film. As the actress plays the role of an agent, she will be seen facing a human trafficking gang, sources close tit hr film revealed. So, to break into them, Kangana's character will change sometimes from a tawaif to a bar dancer and sometimes she will appear as an agent.

Also Read: ‘#UninstallHotstar’ trends as it rejects grievance complaints against web-series ‘The Empire’

One of the most shrinking aspects of Dhaakad is that Kangana got internationally acclaimed Cinematographer Tetsuo Nagata to work for her. The makers have also hired the action designing team of 'Aquaman' and 'Mission Impossible' for the film.

75-year-old Nagata is an award-winning cinematographer from Japan but has settled in France. A massive name in the world of cinema.

The stunts have been designed by the four action directors throughout the film. Parvez Shaikh from India designed the stunts in the first schedule in Bhopal. The services of 'Avengers' fame Seongho were shot in Budapest. Seongho had earlier choreographed action sequences for Hrithik Roshan and Tiger Shroff in the film 'War'. Apart from this, Jallo Kosa from the local stunt team based in Budapest has choreographed the action sequences of Kangana Ranaut.

It is also being said that Arjun Rampal and Kangana will be seen performing action scenes.

Close allies to the producers have revealed that the shooting in Budapest has proved to be right for the film. Sunset in Budapest unfolds till nine o'clock in the night, giving more hours to conduct the shoot for the crew members.

Action sequences have been shot in huge and tall palaces, cathedrals, and museums that were built 100 years ago.

Kangana has also shot a hand to hand combat scene with Arjun Rampal on the roofs, domes and staircases of those tall palaces, museums.