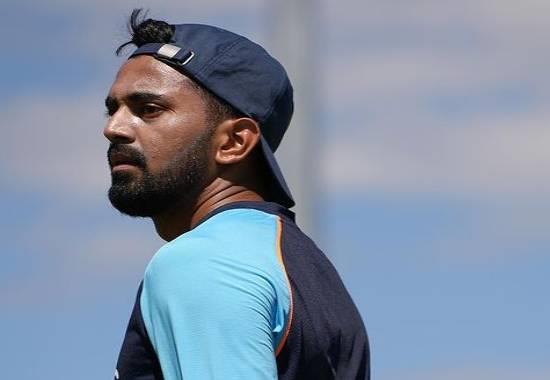 Team India star cricketer KL Rahul who is currently recovering from an injury is winning everyone's heart on social media for a non-cricketing reason. As per Inside Sports, KL Rahul has donated a whopping amount of INR 31 lakh for an urgent bone marrow transplant (BMT) to treat a rare blood disorder for an 11-year-old boy. KL Rahul donated Rs 31 Lakh out of Rs 35 Lakh required for the procedure.
As per reports, in December, Varad’s parents Sachin Nalawade, an insurance agent, and homemaker Swapna Jha, started a fundraising campaign on GiveIndia to raise Rs 35 lakh they needed to pay for their son’s treatment. Rahul’s team got in touch with GiveIndia as soon as they came to know about Varad and the fundraiser. Since then, the fifth standard schoolboy had been under the care of haematologists in Mumbai’s Jaslok Hospital after he was diagnosed with aplastic anaemia, a rare blood disorder. Varad’s blood platelet levels were very low, making his immune system extremely susceptible to infections. For this to be cured Bone Marrow Transplant was the only way out.
Also Read: Valentine’s Day 2022: KL Rahul shows love for Athiya Shetty with an adorable post
Speaking about his generous donation, KL Rahul said that he is glad that his team reached out to Varad and his parents in order to help them. Moreover, he wants to see Varad stand up on his feet again and achieve his dreams.  "When I came to know about Varad’s condition, my team got in touch with GiveIndia so that we can help him in any way we could. I am glad that the surgery was successful, and he is doing well. I hope Varad gets back on his feet at the earliest and goes on to achieve his dreams. I hope my contribution inspires more and more people to come forward and help those in need."
It is pertinent to mention here that Varad aspire to be a cricketer and he was a cricket bat by his father on his 11th birthday.
Fans praise KL Rahul for his generous act