The deals of restaurants offering discounts are valid till Ind vs Pak match. 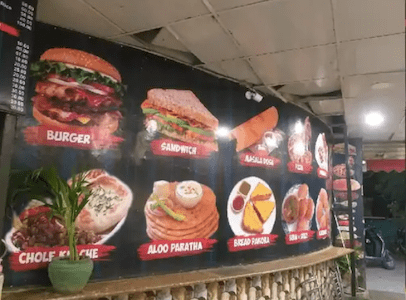 The India-Pakistan match known as mahamukabla night which will be played on October 24, will be the most exciting match of the T20 World Cup. For the millions of cricket fans in these countries, the battle between the teams on the cricket field takes on a new meaning. As everybody are excited about this match,  How can Gwalior stay untouched by this match?
Also Read: Ind vs Pak: 2 cricket enemies had a bond, then how this rivalry started; know here
A restaurant in Gwalior has given 10% to couples who will have discount on dinner during this match. This deal will be valid til the end of the match. Similarly, one bar has given offer that for every two pegs of certain brands purchased, one would be given away for free. Not only that, but tea vendors provide exclusive bargains. Also one cup of tea costing Rs 7 would be offered for Rs 5.
Also Read: FUNNY Video Viral: ‘Maaro Mujhe Maaro Guy’ creates HILARIOUS video before IND-PAK Clash
For the Indo-Pak T20 World Cup on October 24, the Maharaja's Bar near Roxipul offers a fantastic deal for Cricket fans. Here with  two pegs, one peg will be given free of charge till the match ended. LED TVs are being put in every hall and room of the pub, according to bar operator Vishnu Shivhare. On that day, just the India-Pakistan match would be played.

10% discount in 7SPICE restaurant
7SPICE restaurant on Katoratal Road is offering a 10% discount. Preeti Pal, the restaurant's owner, said that couples who come here for dinner during the Indo-Pak match would receive a 10% discount. The match will be shown on LED TV.  These offers are made for the f or the first time to elevate the excitement among the fans.
Rs7 tea in 5Rs at Kushwaha TEA POINT
The excitement of the India-Pakistan match can also be felt at the tea stations.  During the match, Arpit Kushwaha, the owner of Kushwaha TEA POINT in Phoolbagh, has also made an offer. Hundreds of consumers visit his stall every day. T his time, he'll deliver a cup of tea worth Rs 7 for Rs 5, and that too by pouring special cream on it.  Arpit claims that this is a place where individuals talk about their daily lives. This time, India will keep its record of never losing a World Cup match.


Ind vs Pak Match
Vijay Prakash Sharma, the main coach of the Gwalior Division Cricket Association (GDCA), has also shared his thoughts on the T20 World Cup encounter between India and Pakistan. He stated that this match is still crucial for both countries. Winning and losing on the pitch has an impact on millions of cricket fans in both nations. Only one match has taken place betwee, India and Pakistan in Gwalior in the year 2007.At that time,  I was a member of the Pakistan cricket squad.

Both the teams are fight only on the ground during match. Outside, in reality, there is a pretty pleasant atmosphere. Team players stay friendly Maintain a welcoming atmosphere in the hotel. In terms of the team's expectations, he says he wants India to win. At this moment, Pakistan's squad is also performing well, but India's team is strong. When the Pakistani crew arrived in Gwalior in 2007, they loved the potatoes, veggies, and puris here.