IPL 2021 Playoff schedule: Know Who Will Face Whom In Qualifier 1, 2; Eliminator and Final Match

The IPL 2021 league stage is now over, and the four teams that will compete in the Playoffs are Chennai Super Kings, Delhi Capitals, Royal Challengers Bangalore, and Kolkata Knight Riders. 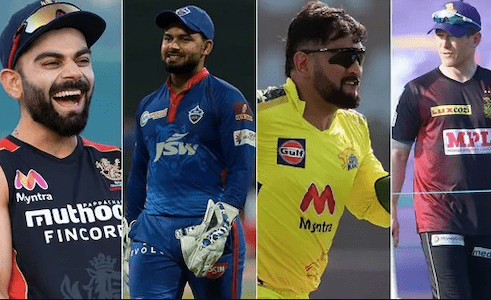 The IPL 2021 league stage is finally over, and the four teams that will compete in the Playoffs are Chennai Super Kings, Delhi Capitals, Royal Challengers Bangalore, and Kolkata Knight Riders. Friday's double-header – the first of its type since it was played simultaneously in Dubai and Abu Dhabi was crucial and had the potential to change the top four.
Also Read: RCB vs DC, IPL 2021: Shikhar Dhawan Reaches Third Position In Orange Cap Race

Playoff Schedule IPL 2021:
This means that the Playoffs will feature four teams competing for the IPL crown. On Sunday, DC and CSK will participate in the first Qualifier in Dubai, with RCB and KKR fighting it out in the Eliminator for a spot in Qualifier 2 on Monday. The Playoff system has the advantage of giving the top two teams a second opportunity if they make a mistake.
Also Read: IPL 2021: DC, CSK, RCB & KKR qualify for play-offs
The team that wins Qualifier 1 qualifies for the final automatically, while the team that finishes second gets a second chance to keep their campaign alive.
In Qualifier 2, the loser of Qualifier 1 plays the winner of the Eliminator, and the winner of that match plays the winner of Qualifier 1 in the summit match on Friday, October 15.
Now here Eliminator implies that the team that loses the match is sent home.