Aryan Khan and 8 others have been arrested under NDPS Act by the NCB. 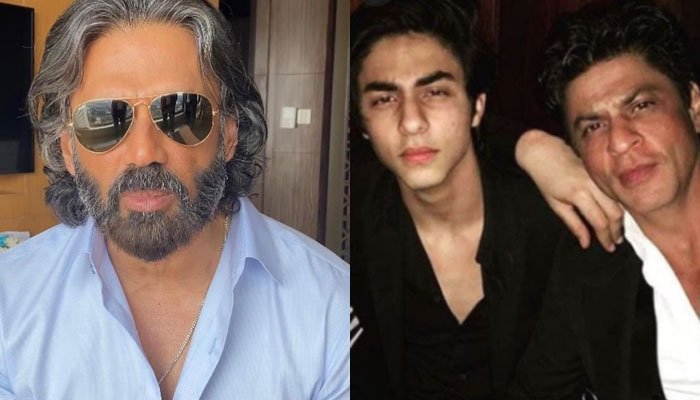 Actor Suniel Shetty has come out in support of Aryan Khan amid his arrest by the NCB for overconsumption of illegal drugs. Reacting to Aryan’s arrest, Mr Shetty asked fans and media to ‘let the child breathe’.

The NCB raided a cruise ship on Saturday off the shore of Mumbai where Aryan was invited as a guest. The NCB team had reportedly found drugs on board.
Speaking at an event, Suniel Shetty said Aryna is a kid, let him have a breather.

“Whenever something happens in Bollywood, the media scrutinises everything and jumps to conclusions. Give the child an opportunity. Let the real reports come out. Baccha hai (He’s a kid). Taking care of him is our responsibility,” the actor added.

Earlier, NCB chief SN Pradhan told news agency ANI, "It’s a result of a painstaking investigation that went on for two weeks. We acted on specific intelligence inputs and involvement of some Bollywood links has come to light".

The NCB disguised as passengers had boarded the ship based on a tip-off and as the ship left Mumbai, the rave party began in the mid-sea. There were around 600 people on the ship. The Cordelia cruise ship was scheduled to move to Goa and return to Mumbai on Monday.

Banned drugs such as MDMA, ecstasy, cocaine, MD (mephedrone) and charas were recovered from those present at the party. These drugs were taken by the party attendees, hidden.

An FIR has been registered in connection with the rave party, the anti-drug agency said.

“During the operation, the suspects were searched and different drugs were recovered from them, which they had hidden in their clothes, undergarments and purses.

The detained persons will be produced in a court later in the day after the legal formalities get over,” said the NCB official.

On Sunday afternoon, Shah Rukh Khan and Gauri Khan were reportedly seen on their way to the NCB office on Sunday. Neither of Aryan’s parents has commented on the matter yet.