Aryan Khan will be represented by Lawyer Satish Maneshinde in this matter, who has arrived at the NCB office in Mumbai. 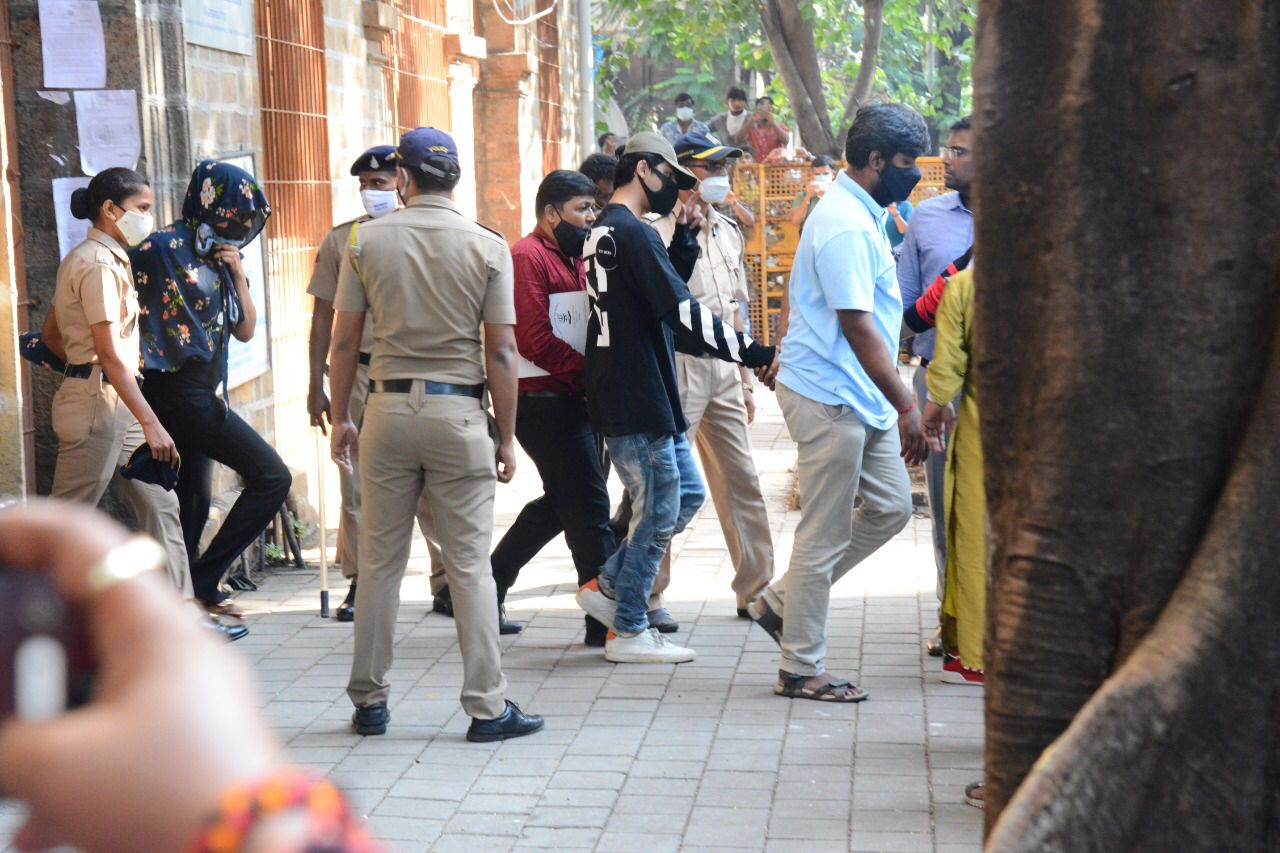 Bollywood actor Shah Rukh Khan's 23-year-old son Aryan Khan has been arrested by the NCB on Sunday after a raid on a cruise ship. This comes after NCB raided a cruise ship off the Mumbai coast, where several people were detained for questioning after banned substances were recovered from the party.

Along with Aryan Khan, eight other persons were held and were questioned. Their mobile phones were also being scanned for details relating to the matter. There are three girls among the eight being questioned.

“All eight, including Aryan Khan, are being questioned. Based on their statements further action will be taken," said the anti-drugs agency.

The NCB team were discussed as passengers, sources said, adding they seized drugs from the party like ganja, Ecstasy, Cocaine, MD (Mephedrone) and Charas.

All these suspects were presented before the holiday court on Sunday and mother Gauri Khan was clicked heading to the court by the reporters.

Sources said the NCB officials have scanned Aryan Khan’s WhatsApp chats to check if he had any involvement with possession or consumption of drugs.

As per officials, the cruise party began in mid-sea after the ship left Mumbai shores.

A senior NCB court told the media, "Their statements are being recorded. Based on the facts, arrests will be made and the accused will be produced in the NDPS court.”
Since last year, the Narcotics Control Bureau has been actively working on anti-drug cases in which several big shot names have come up.

Hours after questioning, Aryan has been taken for medical tests. According to reports, all the detainees are to be taken to JJ hospital for medical tests and will be produced before the court after the test is done.

All 8 accused will be charged under section 27 of the NDPS Act by the NCB.

Earlier today, the NCB Mumbai Director Sameer Wankhede in a statement had confirmed the involvement of Aryan in the party.

Sources from the NCB said someone who has only consumed narcotics but not traded, can get bail under the NDPS Act after being produced before the court, but they need to sign a bond.

Aryan Khan’s parents Gauri Khan and Shah Rukh Khan are yet to release an official statement on the matter.