Tyler Morton, who made his debut start at Anfield at the age of 19, was the epitome of calm in centre midfield 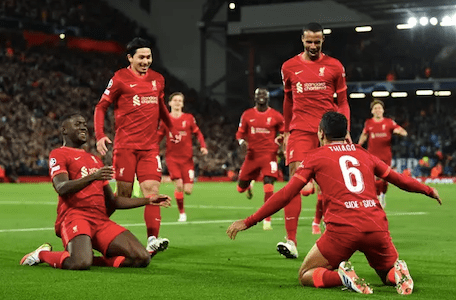 Nothing will stop Liverpool from marching through a group of European giants. Jürgen Klopp rested, re-energized, and recovered his players against Porto, and was rewarded with a fifth consecutive win and the club's highest-ever point total in the Champions League group stage. He couldn't have asked for anything more.

Also Read: Champions League: Barcelona fails to win crucial game against Benfica, match draws at 0-0
Tyler Morton, who made his debut start at Anfield at the age of 19, was the epitome of calm in centre midfield. Thiago Alcântara lit up the night with an incredible first goal, while Mohamed Salah continued his streak of individual brilliance by scoring his 17th goal in 17 games this season. Those are the highlights, but Klopp had plenty more to savour.
Also Read: Barca facing Champions League exit after draw at home to Benfica
Thiago, Takumi Minamino, Ibrahima Konaté, and Neco Williams all got some vital playing experience ahead of a busy winter schedule. Following injuries, Jordan Henderson, Andy Robertson, and James Milner all came off the bench. The night off was given to Virgil van Dijk, Trent Alexander-Arnold, and Diogo Jota. Despite the fact that Liverpool's roster was different from Porto's, they were left with a familiar sensation of deflation in Klopp's presence. 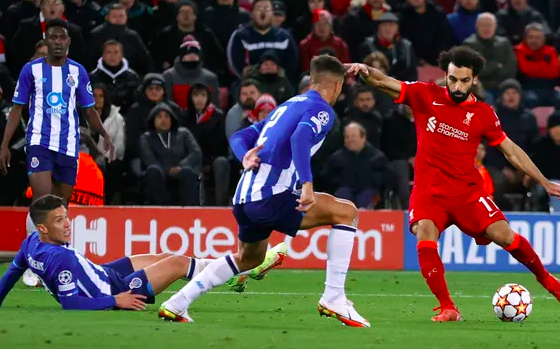 "There are times when we are difficult to play against," Liverpool manager Jurgen Klopp said. "To be honest, I didn't anticipate that tonight since we made some significant changes and had to adjust to the game. We had a lot on our minds: who was returning from injury, who had played a lot of games, and who needed to recuperate. It worked out really well.”
Sérgio Conceiço did not have the luxury of controlling resources. With only one point separating his Porto squad from Atlético Madrid at the start of the season, and the Spanish champions coming to Estádio do Drago for the last game, their motivation was greater than avenging Liverpool's 5-1 home thrashing in September. The visitors started brightly, with Luis Daz's pace on the left and Otávio's ingenuity on the right, along with Mehdi Taremi's aerial strength, unseating a flimsy home defence. However, Porto's fine effort was often ruined by a poor finish, last ball, or judgement, and they will finish the season in a three-way tie for second place with Atlético Madrid and AC Milan. Diego Simeone might be nervous by Liverpool's performance at the San Siro.
Soon after Liverpool's first real threat on goal, Konaté shooting a free header from Minamino's corner straight at Diogo Costa, Porto lost veteran defender Pepe to injury, and Liverpool's threat steadily strengthened when Salah and Sadio Mané entered the game. On his 50th European appearance for Liverpool, Mané was denied a goal by VAR, who declared him marginally offside as he received Thiago's ball and raced through to beat Costa with ease.
Salah extended Liverpool's lead when he backheeled into the path of Henderson after spinning Porto left-back Zaidu Sanusi with ease as they chased after Morton's long pass out of defence. Salah raced inside Mateus Uribe and beat Costa at his near post with a powerful finish after the substitute returned the ball inside.
"Anyone who watches Thiago train knows he has the technique to do it, but it doesn't happen all the time," Klopp added. "It was a clear win, a fantastic goal." We needed some luck, which they got, creating several great opportunities but failing to score, while we scored twice and dominated the second half."