Punjab Makes India Proud At Olympics 2020 With Most Players; Know Who They Are

After the death of Olympian Surjeet Singh Randhawa, a resident of Jalandhar, Surjeet Hockey Society was first formed in his name in 1984. 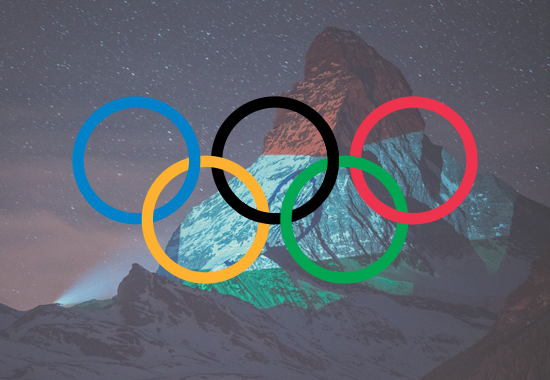 India may have won five medals in the Tokyo Olympics so far, but Kawalpreet Kaur, women's hockey and men's hockey teams have created history. All of them have reached the semi-finals and Punjab has a big contribution in that. As for the Hockey players, the youth of Surjeet Hockey Academy and Mithapur village of Jalandhar district has a key role in the success in Tokyo. After a gap of 41 years, the Indian men's hockey team ended its Olympic medal drought. Surprisingly, the 3 players including the hockey team captain belong to the same village of Jalandhar.

This highest goal scorer belongs to Amritsar, Punjab. Her father used to take her and her elder sister 13 km far on a cycle to provide them equal education from a private school and he used to wait outside the school till the time it was not over. She was then sent to a boarding school, which was one of the best schools for women’s hockey, where she realized her passion for the game. She came under scrutiny in the 2017 Asian Cup, where The Indian team qualified for the Hockey World Cup. In 2018, she scored a series of 8 goals and became the highest goal scorer; she also converted 7 penalty corners in the Hockey World Cup quarter-finals. She represented the Indian national women’s hockey team as a defender as well as a drag-flicker; She scored India’s initial goals. Gurjit’s two consecutive goals made India jump back in the bronze game.

This discus player belongs to Kabarwala village in Punjab’s Sri Muktsar Sahib district. She is a national record creator, the first woman to throw the discus at a distance of 65+ m. During her childhood days, she wanted to become a professional cricketer but looking at her physique her physical education teacher at school asked her to try shot put before an inter-school competition. She switched to discus throw in the year 2014 and worked hard during the Covid-19 lockdown to keep her Olympics dream alive. She still wants to build her career in cricket and has said that cricket is her passion and she wanted to perform well in that too. She reached the Tokyo Olympics finals and was ranked 6th with a 63.7m throw.

Also read: Meet the STAR Players of today’s hockey match without whom this Historic Win wouldn't have been  possible

The Indian men’s Hockey captain belongs from the outskirts of Jalandhar in a village named Mithapur. He began playing hockey when he was 9 years old. In 2005, he joined the Surjit Hockey Academy, making his first debut in 2011. His biggest aim is to act as an inspiration for youngsters and encourage them to play sports. Not to say he also wishes to win big for India. He was inspired by the former Indian captain of field hockey Padma Shri Pargat Singh. His mother was not a supporter of him playing hockey and had locked him in a room when he was only 10-years-old. He escaped the room and went to his coach, after which the coach told his elder brother how keen Manpreet was and that he should be given a chance to at least try. After his win in a tournament where he won INR 500 cash, his family started supporting him. He then got enrolled in Surjit Hockey Academy, Jalandhar. He is the only 6th hockey player to have the honour of being India's flag-bearer at the Olympics and also is the man behind bringing back the glory of Indian Hockey after 41 years.

Born on December 27, 1996, he is a part of the national Hockey team of India and is positioned as the midfielder. In the accomplishment of Indian Hockey, he plays a strong role. He opened the scoreboard and was the one to close it, the first and the fifth goal was owed by him. He is trained from ‘Surjit Hockey Stadium, Jalandhar’. His elder cousin brother Gurjant Singh also accompanied him to the Olympics. He had a big hand in scoring 2 goals in the last bronze medal match.

Born in ‘Jalandhar’, Hardik plays as a Midfielder and comes from a complete hockey background. His father played for India, his grandfather was a hockey coach, his mentor is his parental uncle who is a former drag-flicker of India, his aunt played for India internationally, and his uncle won gold in the 1980 Summer Olympics. He proved himself by scoring some crucial goals in the match against Great Britain and also scored the second goal in the last match against Germany.

This great drag-flicker and a brilliant defender was born in the outskirts of Amritsar and joined the ‘Surjit Hockey Stadium, Jalandhar’ at the age of 15. Since a child, Harmanpreet had a lot of interest in Hockey and played the sport well. He has been a part of the biggest stage i.e. 2016 Rio Olympics and is now the main penalty corner expert. He scored a quick shot in the dying minutes of the second quarter taking the score to 3-3 in the bronze match.

One of the most expensive players on the team was born in Faridkot; he represents the Indian Hockey Team’s defender and is a brilliant drag-flicker. At the age of 11, he started playing hockey and is related to Gagan Ajit Singh, an international hockey player. His interest in the game took a rise when he got selected for ‘Chandigarh Hockey Academy’. He was awarded the top scorer award in the 2011 Sultan Azlan Shah Cup. He scored the final goal in the match against Germany taking the lead.

He is the first Olympic Hockey player from a border town; he spent six years in Jalandhar and has been trained at ‘Surjit Hockey Academy’. He was in Class VII when he came to the city to polish his skills. His father Hardev Singh is a farmer and his mother Harpreet Kaur is a housewife. On being asked if he had ever thought that he would make it to the Tokyo Olympics, Shamsher said, “Never, to be very honest. I just wanted to train at the academy in Jalandhar and play for the nation.” He is a surprise package in the Olympic match as he has less than 10 international matches.

This Army person is a hockey player and belongs to Amritsar, Punjab. He was initially trained in Khadur Sahib Academy and later on, he went to Maharaja Ranjit Hockey Academy, Amritsar, and then to ‘Surjit Hockey Academy, Jalandhar.’ He said that this is not the result of 1 or 2 years but 16 years altogether, working for 5 hours each in 6 days per week. He scored a great goal against Great Britain and had a hand in the victory against Great Britain.

Born in Jalandhar, and was trained in ‘Surjit Hockey Academy, Jalandhar.’ He scored his first international goal against Oman in 2013; he is the key-sticker in the national Hockey team and made his national debut in the same year. He has more than 150 international caps and has also been a part of the 2016 Rio Olympics.

Born in Amritsar, Punjab, Gurjant took his training from ‘Chandigarh Hockey Academy’; he became an overnight star with his goals in the 2016 junior World Cup semi-finals and finals. He had to stay away from the 2018 Commonwealth Games because of his injuries. He came back in 2021 with a boom and scored the fastest international goal in 13 seconds by an Indian, he is the younger cousin brother of Simranpreet Singh.

Born in Amritsar, this hockey player started playing Hockey and was represented as a drag-flicker, due to his injuries he stayed away for 2 years. He grew up along with Manpreet Singh, the captain and got enrolled in ‘Surjit Hockey Academy, Jalandhar’. He was passionate about the sport and lacked the necessary accessories for playing. He missed the World Cup due to injuries; the injuries caused a lot of trouble in his career. He performed his best in the 2016 Junior World Cup and made his debut in the same year against Belgium, scoring 1-0 and was the reason behind the win.

After the death of Olympian Surjeet Singh Randhawa, a resident of Jalandhar, Surjeet Hockey Society was first formed in his name in 1984. The hockey stadium at Balturn Park, Jalandhar was named after him. After this, Surjeet Hockey Academy was formed in 1991-92. In which hockey training is given to children of 12 to 19 years.

After the glorious victory of the 'Men in Blue' in the Tokyo Olympics, Indian hockey captain Manpreet Singh's mother is eagerly awaiting her son's arrival to celebrate his Chak De India moment with 'aloo ka parathas.'

State Sports Minister Rana Gurmit Singh Sodhi announced an award of Rs 1 crore for each of the 10 men hockey players from the state.

For the women hockey players, Gujarat's billionaire diamond merchant Savji Dholakia had announced that his firm will provide financial help of Rs 11 lakh to members of the Indian women's hockey team who wish to build a house on their win.

As for Kamalpreet Kaur, a lot of hopes were joined to her not only by the Punjabis but also by Captain Amarinder Singh, and Sukhbir Singh Badal had tweeted best wishes for her before her matches, The Punjab girl has become the 10th Indian on track and field events to directly secure a position at Olympics by qualifying the benchmark set by the World Athletics.