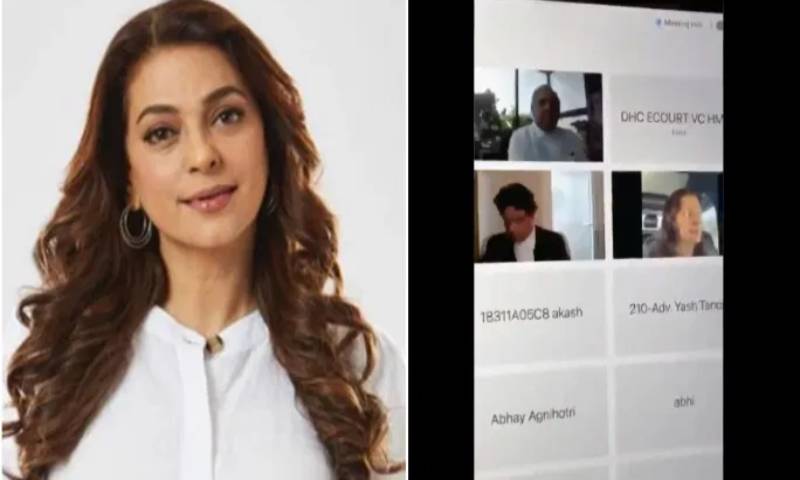 In an unusual development, a bench of the Delhi High Court faced an awkward situation, when an anonymous person started crooning hit Bollywood numbers, during the virtual hearing of actress Juhi Chawla's plea against setting up of 5G wireless network in the country.

Juhi Chawla, a remarkable actress of the 1990s, had shared the link of her hearing session on social media, inviting people to join. However, her sweet gesture landed her in an awkward situation.

As soon as Chawla joined the hearing through video conferencing and became visible, the visitor started singing Bollywood songs.

Justice J.R. Midha, who was hearing the matter, asked the court staff to mute the concerned person. At this juncture, the counsel representing Chawla said, "I hope these are not distractions from the defendants."

However, the visitor did not stop, forcing the bench to ask the court master to lock the meeting. The hearing in the matter continued, but after some time the person interrupted again. The incident happened thrice during the hearing.

During the hearing in the matter, the high court questioned Chawla for directly filing a suit against setting up of 5G wireless network without giving any representation to the government.

The court insisted that the plaintiffs, Chawla, and two others, should have gone to the government first before approaching the court. After hearing the arguments in the matter, the court reserved its order.

The plea filed by Chawla, Veeresh Malik, and Teena Vachani claim that the 5G wireless technology can be a potential threat to provoke irreversible and serious effects on humans and it could also permanently damage the earth's ecosystems.

The plea contended that the levels of RF radiation are 10x to 100x times greater than the existing levels.