The subject of this year's gala, "In America: A Lexicon of Fashion," was chosen to "examine a new lexicon of American fashion," according to a statement from the museum. 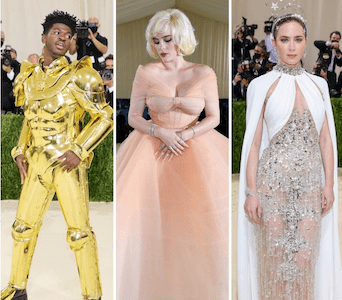 Watching celebrities wear some of the most outlandish fashion outfits is half the pleasure of the Met Gala.The Met Gala returns with a dazzling return of extravagant red carpet outfits that we've come to anticipate from one of fashion's biggest evenings.

The subject of this year's gala, "In America: A Lexicon of Fashion," was chosen to "examine a new lexicon of American fashion," according to a statement from the museum. Even while this year's fashions weren't quite as outrageous as the previous gala's "camp" ensembles, celebrities still wore some stunning costumes.

After all, what would fashion be if it didn't take that risk?

Here are the most outlandish ensembles from this year's red carpet, from a sword accessory made of melted firearms to an outfit-adjacent robot baby.

Kim Kardashian
Who's that, by the way? When Kim Kardashian walked the red carpet in a Balenciaga gown that totally covered her face, Met Gala spectators were forced to play a star-studded guessing game. 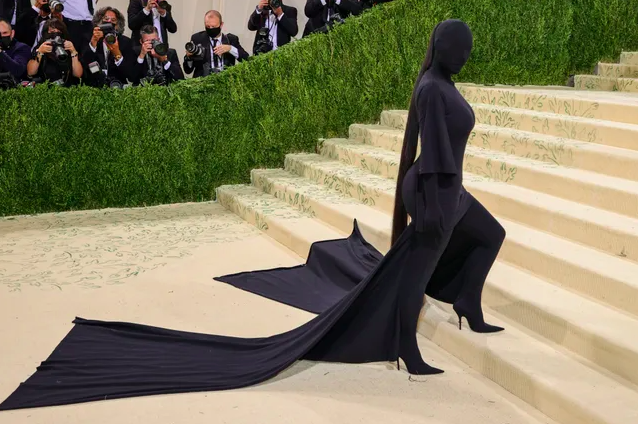 The all-black ensemble, which included two lengthy trains, stood out amid the all colorful looks. As she marched up the Met stairs, her hair, in a long black ponytail, flowed behind her.
On Twitter, the appearance drew both acclaim and criticism, with some people comparing it to ghost-like creatures from the "Harry Potter" series. 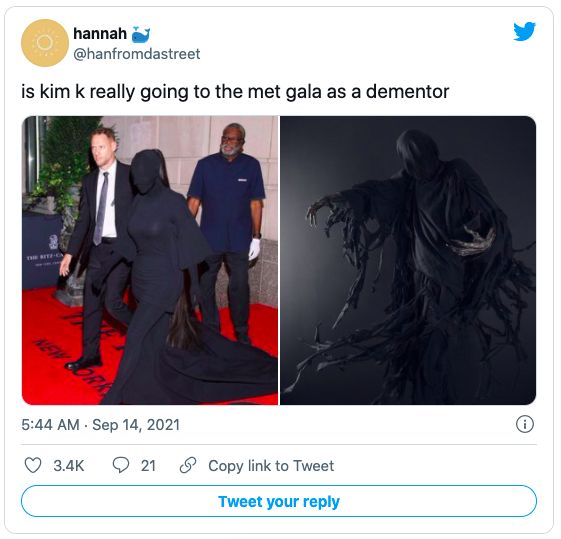 "is kim k really going to the met gala as a dementor," wrote @hanfromdastreet.

Also Read: Did you know Nick Jonas has watched all films of Priyanka Chopra? See which one his fav 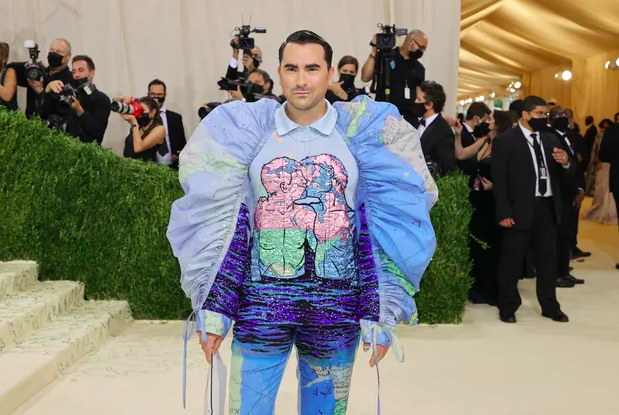 Dan Levy, star of "Schitt's Creek," walked the red carpet early in the evening in a Loewe dress and Cartier accessories that put LGBT love front and centre, complete with a cartoon of two guys kissing by David Wojnarovicz, who died of AIDS in 1992.
Before the gala, Levy said on Instagram, "We wanted to celebrate queer love and visibility. Tonight, we’re celebrating the resilience, the love, and the joy of the community while honouring a crucial American voice that was taken from us too soon."
With puffy sleeves and gold and black boots that demanded attention, the outfit stood out. 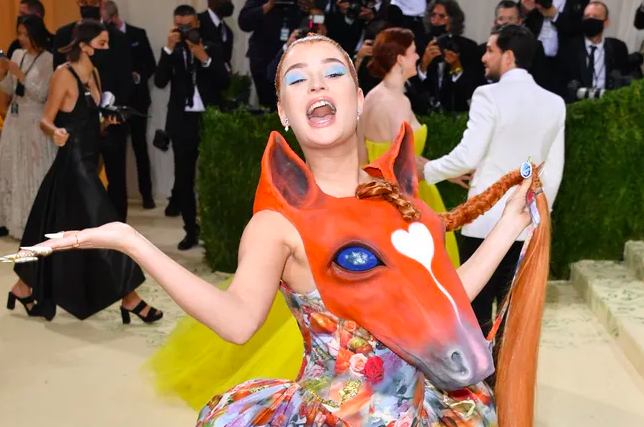 Kim Petras, a pop singer, strode onto the red carpet in a Collina Strada gown designed to appeal to all female horse lovers. She wore a large, artificial horse head over her chest, as well as a lengthy ponytail braid in the shape of a horse's tail. 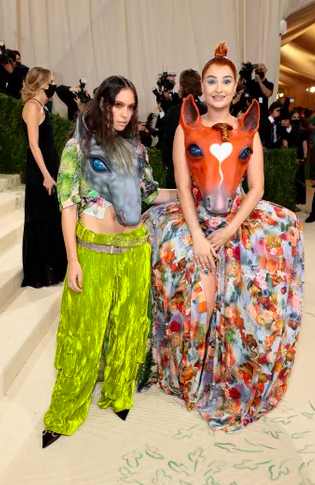 "This one's for the horse girls," she said on the carpet to Reuters. "Let's go.”
Grimes wields 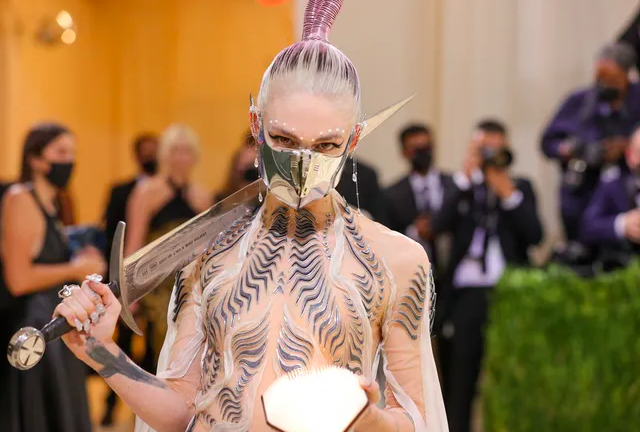 Grimes took "slaying the red carpet" to a whole new level by including a sword in her ensemble.
On the red carpet, the artist told Vogue that her dress, designed by Dutch designer Iris van Herpen, was inspired by the sci-fi thriller "Dune," which stars Timothée Chalamet and Zendaya and is set to be released on Oct. 22. The film is based on the same-named Frank Herbert novel from 1965.

She said the sword was constructed from Colt AR-15 A3 guns that had been melted down.
"I love America," said Grimes, who hails from Canada. "I know you’re not supposed to say that, but I think everyone who cares about art comes here and all the best art in the world is here."
"Please let me have my green card, President Biden," she added, jokingly.
Frank Ocean 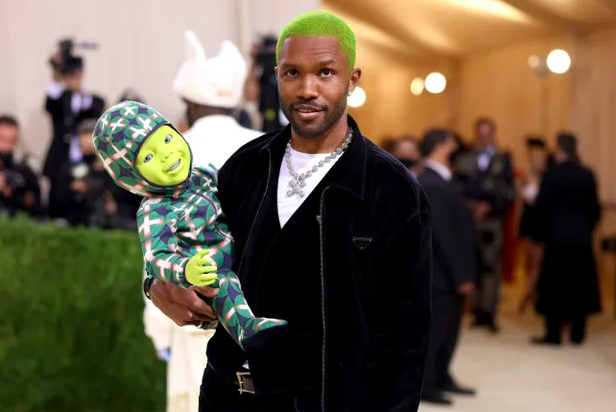 Frank Ocean was joined on the red carpet by a surprise guest: a lime green robot baby that matched his green hair.
"He's star struck; I'm star struck," Ocean said of the robot to Vogue.
He said, "I definitely view fashion and ourselves as a phenomenon that is impacted by the world.” 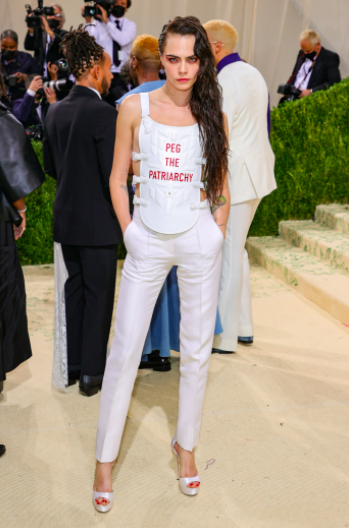 Fashion is a great way to make a statement, and Cara Delevingne didn't hold back with her Christian Dior ensemble.
"Peg the Patriarchy" was written on the actress's white bulletproof vest, which she wore with white trousers and heels. The colour choice was most likely a reference to the twentieth-century suffragists who fought for women's right to vote.
Megan Fox 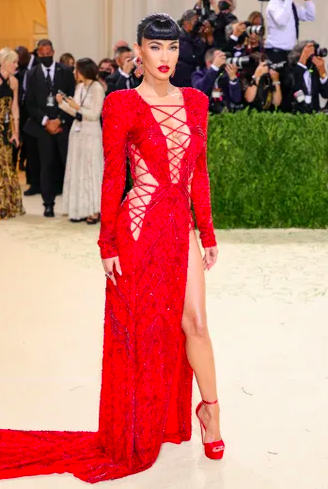 After years of being sexualized by the media, Megan Fox is regaining her power.
The "Jennifer's Body" actress wore a bright red Dundas cutout gown with sharp sports bangs to the Met Gala on Monday night. On the red carpet, Fox spoke up about the difficulties of being a "sex symbol" in Hollywood while speaking with host Keke Palmer.
Fox told Palmer, "I'm not scared to be attractive." "There's nothing more deadly than a lady who is clever and also understands how to weaponize her beauty." That's the most powerful thing I've ever seen."
"Embrace the idea that as the divine feminine, we have a lot of power," Fox advised all women. 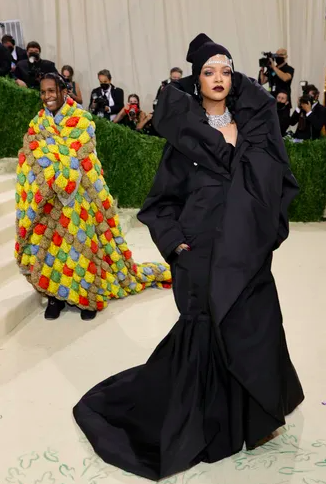 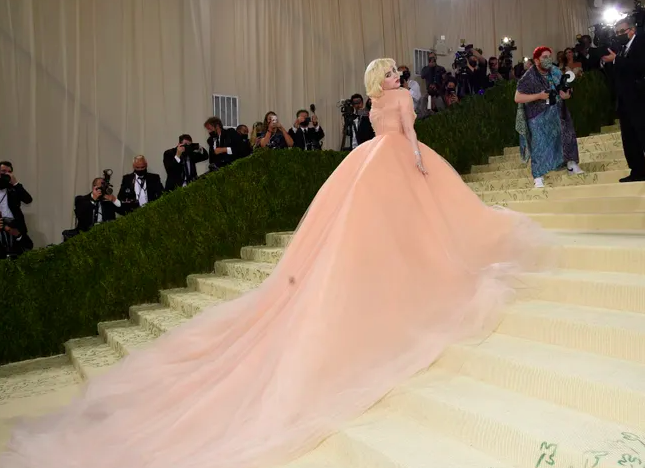 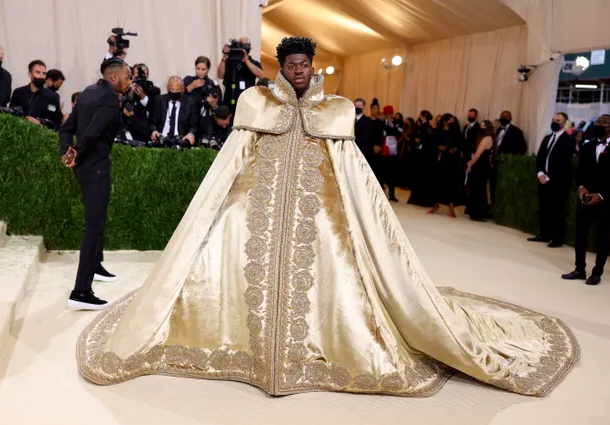 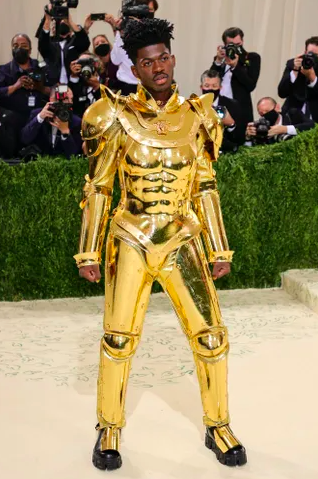 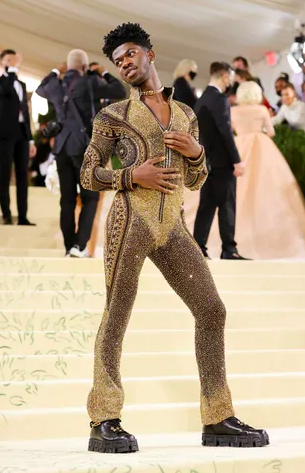