Did you know Nick Jonas has watched all films of Priyanka Chopra? See which one his fav

Priyanka said , after we got married, we conducted a "show and tell" of sorts. He showed me some of his early music and work, and I showed him a number of my films. 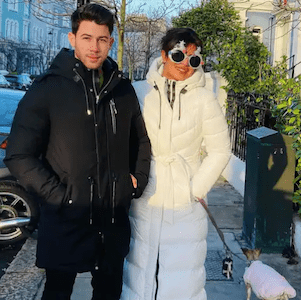 Nick Jonas has seen all of Priyanka Chopra's Bollywood films, but there is one that is his personal favourite, according to the actress.

The Desi Girl recently spoke at a Times Lit Festival live session on her relationship with husband Nick Jonas and how they support each other in all they do. After they married, the actress said that they introduced each other to some of their early works.
Also Read: Vidyut Jammwal, Nandita Mahtani Confirm Engagement In ‘Commando’ style; See PICS 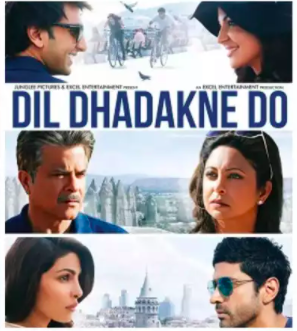 “We didn't know much about each other's careers,” she explained. So, after we got married, we conducted a "show and tell" of sorts. He showed me some of his early music and work, and I showed him a number of my films. Nick (Jonas) likes ‘Dil Dhadakne Do,' so he has seen it several times.”
Also Read: Britney Spears Engaged To Boyfriend Sam Asghari; Flashes 'Lioness' Engraved Ring
PeeCee also revealed how her marriage to Nick has impacted her life.PeeCee also revealed how her marriage to Nick has impacted her life.“Nick has had a significant influence on my life. In an interview at the Times Literary Fest, Priyanka said, "I've gotten a lot calmer in life." When she was pissed, the ‘Quantico' actress smiles and admits that she used to ‘bite people's heads off.' “If I become furious now, I'll be a little more calm.” (laughs) My spouse, on the other hand, is calmer and more solution-oriented. You know, he's a diplomat. I, on the other hand, am like a mirchi; if I go off, I go off.”

Nick Jonas was also said to as Priyanka Chopra's "continuous cheerleader and supporter." “One thing that my marriage has absolutely taught me, which I think I didn't feel the need for before, but now I can't live without is having your partner give total credibility and credit to the job and the work that I do,” the 39-year-old added.

“It's so fantastic when I see how Nick fits his life around my successes or my job and where I have to go and what my choices are — how important it is to him that I went,” she continued.  And that was something I didn't realize that I needed -- a cheerleader.” Priyanka said.

Anil Kapoor, Shefali Shah, Farhan Akhtar, Anushka Sharma, Ranveer Singh, and others appeared in the lead roles in ‘Dil Dhadakne Do.' Zoya Akhtar is the director of the film. It garnered mixed reviews from reviewers and the general public.

Meanwhile, Priyanka will next be seen in Farhan Akhtar's forthcoming directorial endeavour, "Jee Le Zara," in which she will star with Katrina Kaif and Alia Bhatt.