‘In such a condition no youth can live for one hour but Milkha Singh kept fighting for life for 10 to 12 hrs’, say doctors

Family had asked him to get vaccinated. However, Milkha Singh refused to administer the vaccine jab and said -it is no longer needed. 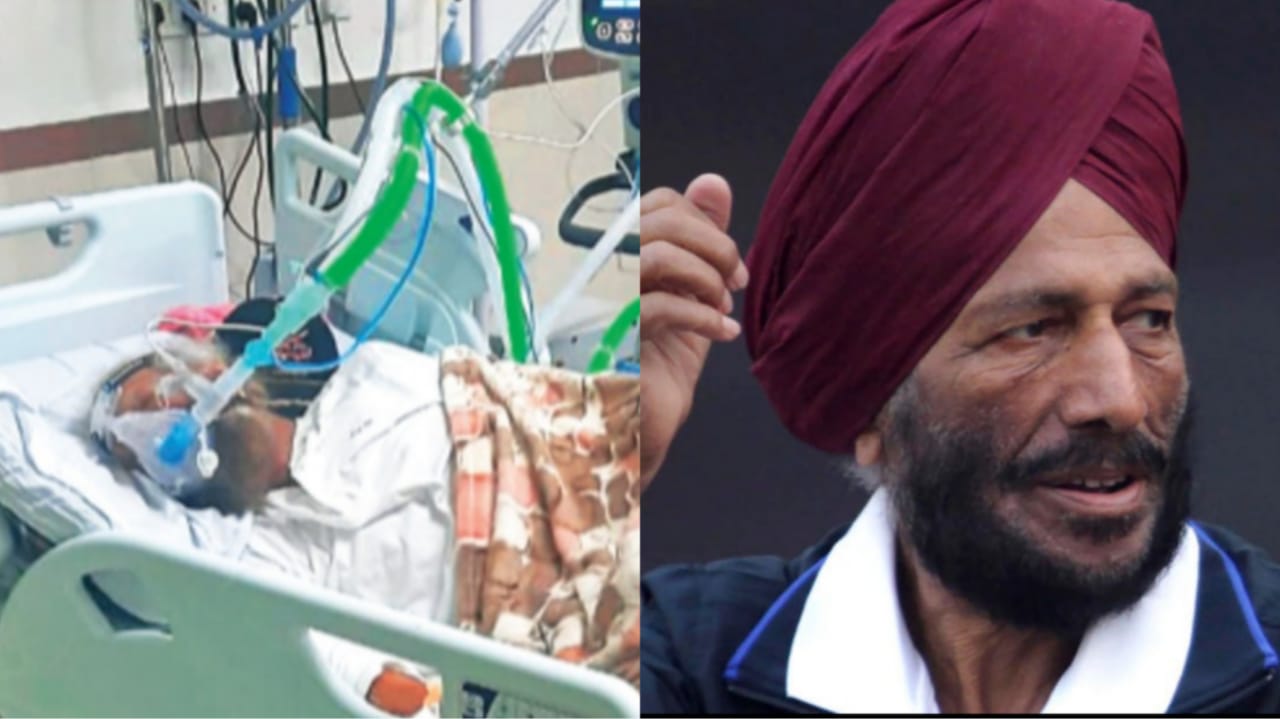 Legendary sprinter Milkha Singh took his last breath on Friday night at PGIMER Chandigarh due to Covid-19 complications. He died after five days of his wife Nirmal Kaur’s demise.

A picture taken 24 minutes before Milkha Singh passed away is doing rounds on the internet. The Padamshree Milkha Singh, also known as Flying Sikh was admitted to the Advance Cardiac Center of PGI on June 16.

The flying Sikh once again emerged as a fighter as he was having a lot of difficulty in breathing but did not lose hope. He kept fighting till the end. Doctors revealed that even a young man couldn’t have survived for even an hour in such a condition, but Milkha Singh fought for 10-12 hours.

The driver of the family, who had accompanied Mr. Singh’s daughter to the hospital told doctor that family had asked him to get vaccinated. However, Milkha Singh refused to administer the vaccine jab and said -it is no longer needed.

Also Read: In PICS: Inspirational Journey Of The Legendary Athlete ‘The Flying Sikh’

May 19- Milkha Singh tested covid positive after returning from an evening walk. He had contracted the virus from a cook at his house.

May 24- Was admitted to Fortis hospital following low oxygen level and pneumonia.

May 26- Milkha Singh was shifted to ICU with wife Nirmal Kaur as she had also tested positive. Both were Singh and his wife were on oxygen support.

May 30- Milkha Singh discharged from the hospital after family requested and assured to keep him under home isolation with oxygen support.

June 3-  The flying Sikh was again admitted to ICU after his oxygen level dropped.

June 13- His wife Nirmal Kaur passed away due to the coronavirus infection.

June 16- Milkha Singh was admitted to Madison ICU after testing negative for Covid.

June 18- Oxygen level dropped and health deteriorated. Late-night India lost one of the most beloved athletes to Covid.