The accused boy has been sent to a child correctional home. 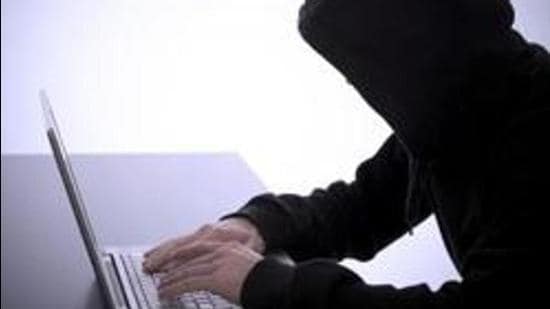 The case of a vicious circle from Singrauli, Madhya Pradesh has shocked the state. A 15-year-old student of 10th std has been accused of sextortion. He used to impose himself as a girl before boys indulge in obscene activities and record their nude videos.

The accused minor had also fooled his uncle. He has been arrested by the police and sent to Rewa Children's Correctional Home.

ASP Anil Sonkar said that the accused is technically versed. He had installed banned software in India on his phone through a Virtual Private Network (VPN) that showed the location of the UAE. Using this, this minor used to call boys on WhatsApp taking the get up of a girl.

The accused so far has made more than 15 fake IDs to cheat. Many of these IDs have also been closed.

The case came to light when a 21-year-old youth of Morvi, who had registered a complaint with the police, said that a girl named Priyanka had made a nude video of her through WhatsApp and is now demanding money and has threatened to make the video viral on the internet.

The victim also informed the police that there was a guy in his neighbourhood who is an expert in technical things, so he went to ask for his help. However, this time he refused to help him. This created suspicion and the neighbourhood boy was interrogated. It was then revealed that the same boy turned out to be the accused.

The minor always made online transfers of the extorted money and with that money, he used to buy hacking software through darkwave. The accused has also got the money converted into cryptocurrency, which is being interrogated.

Inspector Manish Tripathi of Morwa police station said that the accused blackmailed his targets from his house and his first target was his uncle. He trapped his uncle using the same tactics.

Police said that the accused has extorted 25 thousand rupees from his uncle. Seeing that his uncle has not made any complaint about the matter, his courage increased and ventured to trap more victims.

His victims include many officers and minors, many senior and junior officers of Northern Coalfield Limited (NCL). Fearing shame in society, many have not come forward to file a complaint. Apart from this, the accused also interacted with many minor girls as a boy and extorted money by making their videos.

“Fraudsters are using this modus operandi as people are afraid of being defamed but we have assured that the complainants’ identities won’t be revealed. That’s why more people are coming forward now,” said Yogesh Chaudhary, additional director general of police, Cyber cell.

The boy has been booked under section 388 (extortion) of the IPC and IT Act.