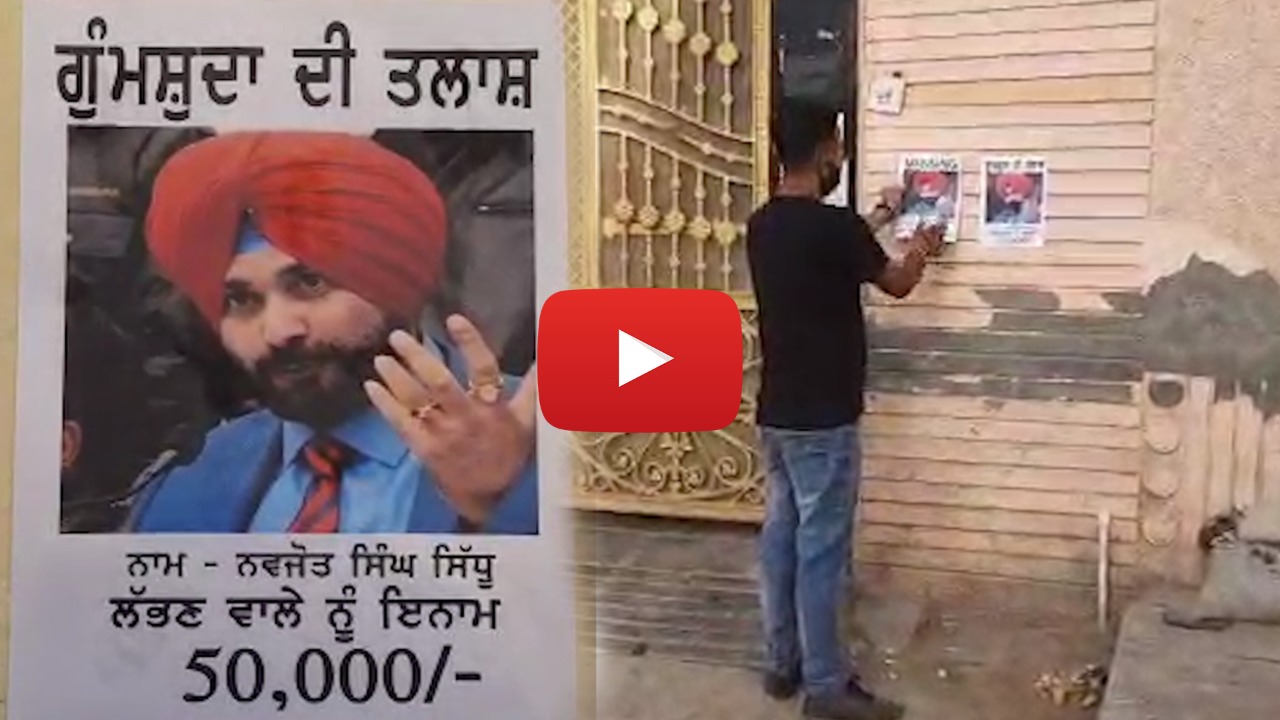 Missing posters of Congress leader Navjot Singh Sidhu were seen posted on the walls of his assembly constituency, Amritsar East on Wednesday. The posters promise a reward of Rs 50,000 for anyone who finds the MLA.

As per information, the posters were floated by an NGO alleging that Sidhu has forgotten his promises made to people after he won the elections. The NGO claims that Sidhu has not turned up in his constituency for a long time and people are left on their own to hustle.

These posters have surfaced at a time when cricketer-turned-politician Navjot Sidhu is in a tussle with Chief Minister of the state, Captain Amarinder Singh.

People are alleging that in the battle with CM, Sidhu has forgotten about his constituency and his duties towards its people.

On Tuesday, Sidhu had addressed the media in Delhi after meeting the Congress Panel and said that the power of the people of Punjab - the taxes they pay -- should return to the people in whatever form possible.

According to reports, this is not the first time that Sidhu’s missing posters were put up in the region. In July 2019, similar missing posters of MLA Navjot Singh Sidhu had floated across Amritsar by a Shiromani Akali Dal leader. The poster had promised Rs 2,100 reward and a trip to Pakistan to anyone who gives information on him.

Earlier, in 2009, Congress activists had also put up a missing poster of Sidhu, who was then a BJP member in Amritsar.

Sidhu has been critical of Punjab CM Amrinder Singh since Punjab and Haryana High Court quashed a probe into the Kotkapura firing case last month.

Get the latest update about Navjot Sidhu vs Capt Amarinder, check out more about Missing posters of Sidhu, Reward of Rs 50000 for details on Sidhu, True Scoop News & Navjot Sidhu News