Actor Sidharth Shukla died of a heart attack at the age of 40, according to reports from Mumbai's Cooper hospital. He was well known for his appearances on television and for winning Bigg Boss 13. 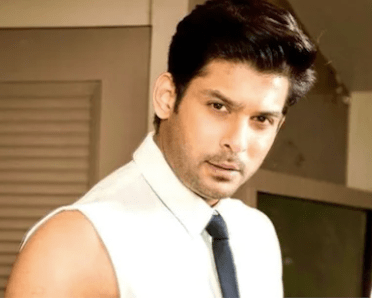 Sidharth Shukla, a popular television and film actor best known for his role in the long-running TV programme Balika Vadhu and as the winner of Bigg Boss 13, died on Thursday, according to an official at Cooper Hospital. He was 40 years old at the time.
According to reports, Sidharth Shukla had a major heart attack in the morning. His mother and two sisters are his only survivors. A top Cooper Hospital official informed to a leading daily, "He was brought dead to the hospital some time ago.”
Also Read: Latest Celebrity News: Sidharth Shukla, Bigg Boss 13 winner Dies Due To Heart Attack 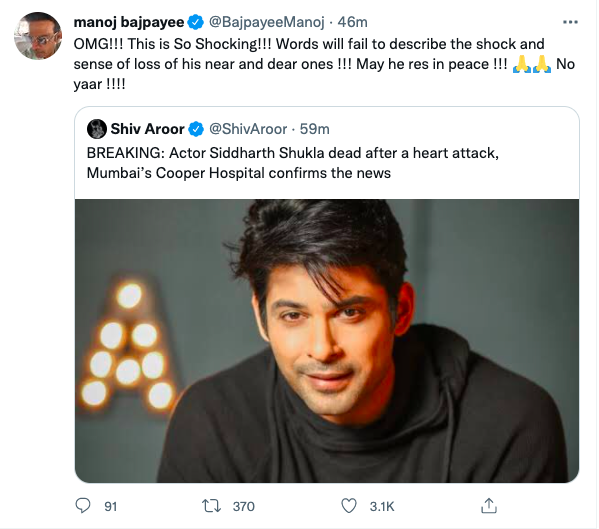 Actor Manoj Bajpayee paid condolence on Twitter. He wrote,"OMG!!! This is So Shocking!!! Words will fail to describe the shock and sense of loss of his near and dear ones !!! May he res in peace !!! No yaar !!!!" His Bigg Boss co-contestant Himanshi Khurana tweeted, "Om Shanti." She added in another tweet, "Oh my God. It’s hard to believe. RIP Sidharth Shukla."

Also Read: Model Payal Rohtagi booked for using defamatory lang against Gandhi-Nehru family
Sidharth Shukla made his acting debut in the 2008 programme Babul Ka Aangann Chootey Na, in which he played the lead character. In 2014, he made his Bollywood debut in Humpty Sharma Ki Dulhania, playing a supporting part. He was crowned the champion of Bigg Boss 13 and Fear Factor: Khatron Ke Khiladi 7. He was the host of Savdhaan India and India's Got Talent, among other shows.
Sidharth was also renowned for his close connection with Shehnaaz Gill, a Bigg Boss co-contestant, which was frequently mistaken for a love relationship. The rumoured pair featured in numerous famous music videos together, and their legions of fans nicknamed them 'Sidnaaz
.'