On Friday, the NCB raided the home of TV star Gaurav Dixit in Mumbai (August 27). 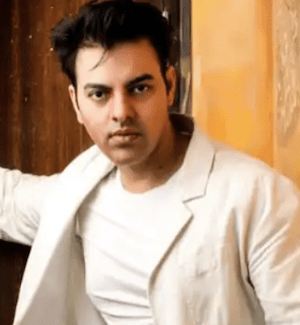 The Narcotics Control Bureau arrested TV star Gaurav Dixit on Friday (August 27) after officials recovered MD and Charas from his home during a raid. The actor was detained in connection with a narcotics case. After his name came up during an interrogation of ‘Bigg Boss 7' candidate Ajaz Khan, NCB officers conducted a raid at his home.
"NCB arrested TV actor Gaurav Dixit after MD and Charas was recovered from his residence in a raid. He has been arrested in connection with the interrogation of actor Ajaz Khan: Narcotics Control Bureau," a leading daily tweet read.
Also Read: FUNNY Video: Anupamaa's Rupali Ganguly Is In Pain And The Reason Will Blow Your Mind
Why Was Ajaz Khan Arrested?

In March 2021, after landing at the Mumbai airport, the Narcotics Control Bureau detained Ajaz Khan in connection with an alleged narcotics case. The actor was held for interrogation after arriving from Jaipur, according to a local news channel.  The following day, he was arrested. Officials from the NCB questioned him for many hours at their Mumbai office.
Also Read: 17 kg heroin worth over 85 crore smuggled from J&K seized in Punjab; one held

During an interview with the news agency, NCB Zonal Director Sameer Wankhede claimed that Ajaz's name came up during an interrogation of Shadab Shaikh alias Batata. Shadab is a well-known drug dealer who was recently arrested in a drug-related case.

A Mumbai court denied Ajaz Khan's bail application in the narcotics case last month. Eijaz has appeared in films such as 'Bbuddah... Hoga Terra Baap,' 'Lamhaa,' and 'Allah Ke Banday,' among others. During his time on Salman Khan's 'Bigg Boss 7,' he drew a lot of attention.

Gaurav Dixit Drug connection with actor Ajaz Khan
The actor Ajaz Khan, who was arrested for narcotics possession, will remain in prison. The actor's request for bail was just denied by the court. “The bail has been refused by the honorary NDPS court since the charges against him are serious,” Zonal Director Sameer Wankhede said in an interview.Khan was arrested under the NDPS Act's sections 8C, 27A, 28, 29, and 32, and has been in custody for almost four months.

Gaurav Dixit, an actor, has now joined him in prison. Ajaz Khan was allegedly supplied with the narcotics by Dixit. For over four months, he had been on the run. Shadab Batata, who was detained by the NCB with drugs worth Rs 2 crores in the month of March, has a clear link to both Ajaz Khan and Gaurav Dixit.

“In the Shadab Batata case, we have already arrested four persons, including Ajaz Khan, therefore Gaurav becomes extremely significant as far as the network is concerned,” Wankhede stated in response to Gaurav's detention. We also seized narcotics from his residence.”

Bollywood Drugs Case
While investigating the suspected narcotics aspect in Bollywood, which came from Sushant Singh Rajput's murder case, the law enforcement agency has detained a number of drug dealers. As part of NCB's investigation, a number of Hollywood celebrities have been questioned. Deepika Padukone, Shraddha Kapoor, Arjun Rampal, and Sara Ali Khan are among those who have been summoned to appear before the federal authorities.