NCP leader said that the NCB allowed two people including a relative of a BJP leader to escape the cruise ship Cordelia while the raid was underway. 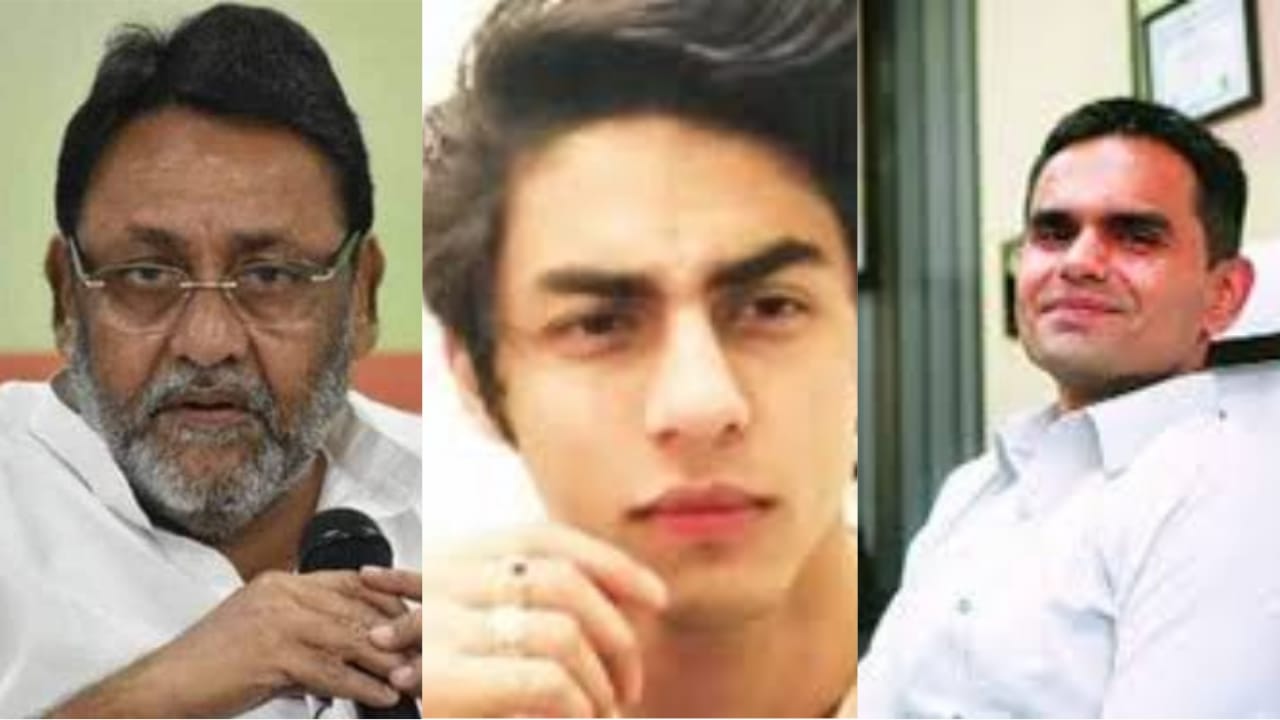 The arrest of Bollywood’s superstar Shah Rukh Khan’s son Aryan Khan in a drug case has taken a political turn. Where the Narcotics Control Bureau (NCB) has been extra vigilant in the case’s probe and proceedings, several anti-BJP parties stand in support of SRK.

On October 2, the NCB surprisingly raided and busted the rave party on a cruise ship mid-sea off the Mumbai coast and detained around eight people including Aryan Khan.

Nawab Malik, the spokesperson for Nationalist Congress Party Minority Affairs Minister has voiced concerns about the agency's actions in the days since the detention.

The NCP leader said on Friday that the NCB allowed two people to escape the cruise ship Cordelia while the raid was underway, including a relative of a BJP leader. Malik had also claimed that one of the people accompanying the NCB on the raid had an ongoing police case against him, while another was a BJP member.

While Kiran Gosavi, a BJP leader who claims to be a Malaysian detective and is facing many criminal charges, was spotted taking Aryan to the NCB office following the raid; Manish Bhanushali, a BJP leader, was seen taking co-accused Arbaaz Merchant to the central agency's office.

“According to the Bhanushali’s Facebook page, he is a BJP vice president and has photos with Prime Minister Narendra Modi, Union home minister Amit Shah, BJP chief JP Nadda and other senior leaders including those from Maharashtra such as Devendra Fadnavis and Ashish Shelar,” stated Malik.

The NCB had called Gosavi and Bhanushali as independent witnesses, pleading ignorance of their backgrounds.

In yet another expose, Malik said on Friday threatened that he will release a video clip showing that one of the people detained and later released by the Narcotics Control Bureau (NCB) following the drugs bust was the brother-in-law of a high-profile BJP leader.

Malik alleged that over 10 individuals had been detained following the raid on the ship however "the NCB officials later allowed three detainees to leave that night." Those released are Rishabh Sachdev, the brother in law of BJP leader Mohit Bharatiya (previously, Kamboj), Amir Furniturewala, and Pratik Gabha.

He further said claimed that the trio had invited Aryan Khan to the ship party."However, after arresting 11 people, the same three people who had brought Aryan Khan to the party were given permission to leave."

"This reveals that the entire fraudulent raid on the ship was a pre-planned conspiracy to entice and trap high-profile people," Malik asserted.

He also said that several BJP politicians from Delhi and Maharashtra made urgent calls to NCB Zonal Director Sameer Wankhede for the release of the three detainees.

The Narcotics Control Bureau (NCB) responded to Nawab Malik's allegations by claiming that neither of the two witnesses, KP Gosavi and Manish Bhanushali were known to the agency prior to the raid on the Mumbai cruise on October 2.

According to a statement issued on Saturday by the NCB, a total of nine witnesses were involved in the operation, including Bhanushali and Gosavi. NCB had never heard of any of these two independent witnesses before.

The NCB went on to say that all of the allegations levelled against the agency are baseless, motivated afterthoughts, and prejudiced. "The procedure has been and will continue to be professionally and legally transparent and unbiased, as all suspects and accused persons have been treated equally and in accordance with the law," the agency stated.