Black fungus, also called mucormycosis is a severe infection that attacks the sinuses, brain, and lungs. 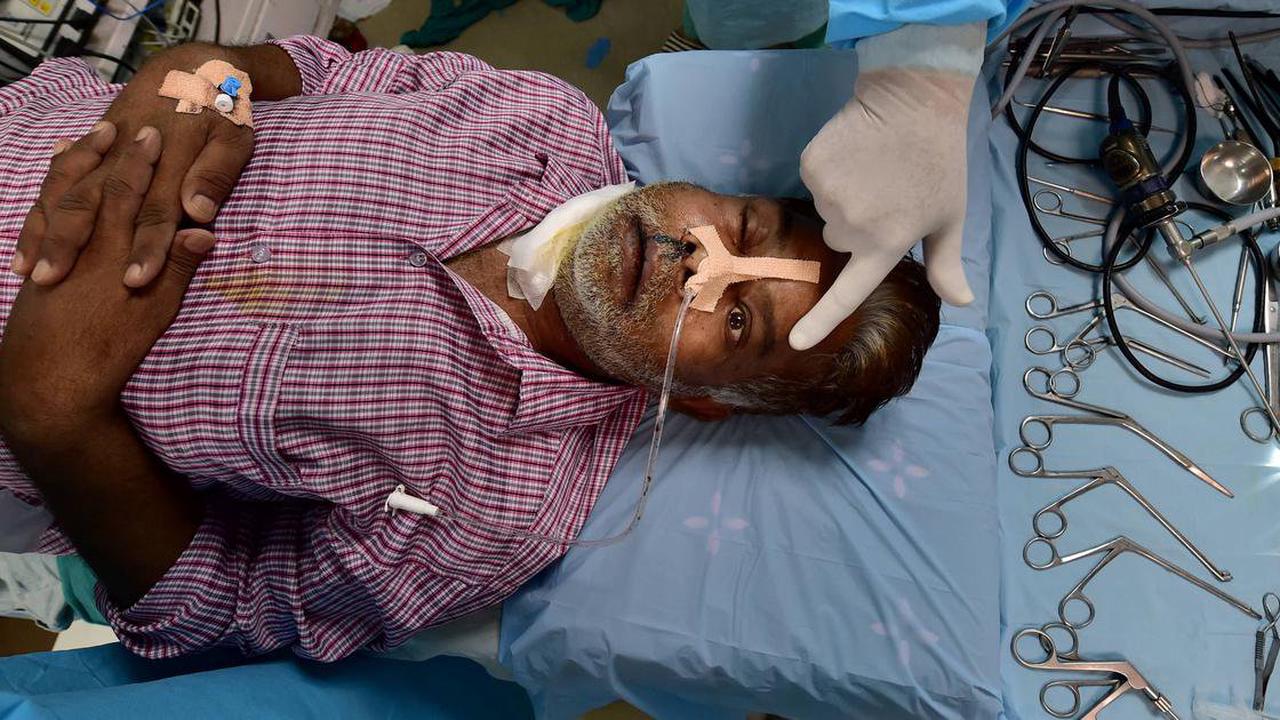 India is still recovering from the devastation caused by second wave of Covid pandemic and the third wave is just weeks away. Apart from this, the country witnessed the outbreak of Black fungus infection in Covid patients (recovering and recovered).

Where the cases of both infections are at a surge, health experts are troubled because the Black fungus infection is causing patients to lose their eyes, nose and jaws. Over 45,374 cases of this fungal infection have been reported with 4,200 fatalities in the past two months.

The black fungus is a severe infection that attacks the sinuses, brain, and lungs. The illness might be fought with an antifungal injection, however, in the worst-case scenario, doctors are forced to remove the patient's eyes, nose, and jaw to prevent the infection from spreading to the brain.

Black fungus infection has a 50 percent death rate and is believed to be linked to the steroids used to treat COVID-19. According to doctors, these steroids do minimize virus-induced inflammation in the lungs, but also impair the body's immunity and raise blood sugar levels.

According to a BBC report, Dr. Akshay Nair who is a Mumbai-based eye surgeon explains, “Diabetes weakens the immunological defences of the body, coronavirus worsens it, and then steroids that help treat Covid-19 act as fuel to the fire.”

The steroid therapy used to combat COVID-19 may elevate the patient's risk of blood clots and malnourished tissue, both of which might become targets for the black fungus infection.

People who have inhaled fungal spores from the air, develop the fungus inside their bodies. According to the Centers for Disease Control and Prevention, mucormycosis (black fungus) usually affects persons who have health problems or have had skin damage.

Before the COVID-19 hit India, only 20 cases of Black fungus were being reported yearly among patients with the highly impaired immune system. Presently, Maharashtra and Gujarat are accounting for more than 1,700 fatalities which makes them the most impacted regions in the country.

Health experts, also believe that black fungus infections and deaths remain undercounted, stating that only a significant fraction of all cases reach medical facilities that too in major cities.