OnePlus has revealed the launch date of an upcoming smartphone – The onePlus 9RT. The phone would be accompanied by the launch of the OnePlus Buds Z2.

Finally, OnePlus has revealed the launch date of their upcoming smartphone – OnePlus 9RT, the date was announced via its Chinese social media platform Weibo by the company’s co-founder Pete Lau. The event would be conducted in China and it is scheduled for 7:30 PM CST (5 PM in India).

Screen: The smartphone might come with a 6.55-inch AMOLED FHD+ screen with a refresh rate of 120 kHz. The device may come with a punch-hole display. For security, it will be equipped with an in-screen fingerprint scanner.

Camera: The phone would, expectedly, come with a 50 MP primary camera at the back and with a 16 MP secondary camera paired with a third sensor of 2 MP. The phone may have a 16 MP front camera.

Also Read: Windows 11 out in India: 7 FAQs you need to know the answer to & more

The launch of the smartphone in India has not been officially revealed by the company but it is expected that the next ‘T’ phone would be launched on October 13 in China. 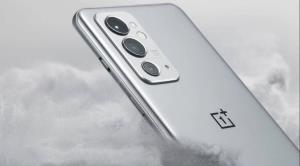