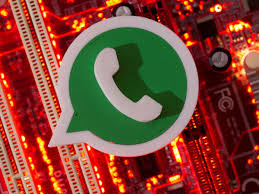 Whatsapp is a widely used free messaging application. It is now a part of our daily life. Some new features have been added to Whatsapp lately which you might not be aware of.

Here are two such features, through one of the features of Whatsapp you can keep your personal chats secret.

Recently, Whatsapp was in the headlines due to its new privacy policy. But despite this, the company is continuously releasing new features. Now the company has released a feature that would allow its users to chat secretly.

What is secret chatting on Whatsapp?

Earlier, users use to archive chat or delete messages to disappear a secret message but now there is a disappearing feature. This feature would automatically delete the messages after a few days. You can activate this feature by going into the setting.

To activate the feature, you have to go to the profile of the contact. After this select ‘Disappearing messages’ and turn it on. After turning it on, the messages would automatically delete after seven days.

In group chats, only the admin would be able to turn this feature on.

The messages sent before turning the feature on won’t be affected, you would be able to read them after seven days.

Another safety feature is ‘secret PIN’. Under this feature, your Whatsapp account cannot be used without entering the PIN.

To activate this feature, you have to go to Two-Step Verification in the settings of the application. Set a PIN of your choice. After this is done, whenever you or someone else would login to your Whatsapp account he/ she would need the PIN, otherwise, the account would not work.

Get the latest update about Analysis, check out more about True Scoop News, new features in whatsapp, Economy & Investment