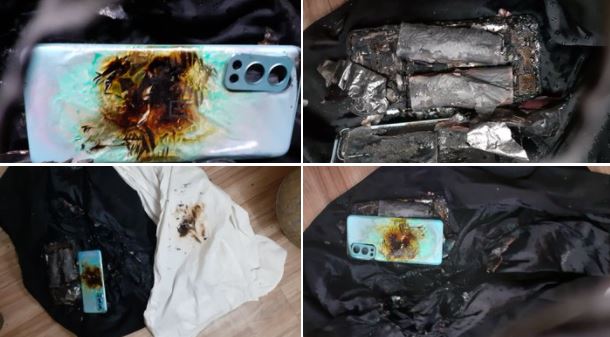 On Wednesday, the third blast in the recently launched OnePlus Nord 2 5G has been reported in India. The affected user is Delhi-based advocate Gaurav Gulati, who has shared all the details related to the blast and phone on the micro-blogging site, Twitter.

According to the tweet by advocate Gaurav, his brand new OnePlus Nord 2 5G phone exploded in the pocket of his gown.

Gaurav has also shared pictures of a roasted and completely damaged phone.

Also Read: In advanced trials, JioPhone Next to be rolled out before Diwali

The advocate was interviewed by the website, Gadget 360, where he informed that the mobile phone “wasn’t in use or on charging.”

He further said that he was in process of filing a first information report (FIR) against OnePlus Managing Director and Amazon executives for the explosion that resulted in burn injuries near his stomach. He added that he had immediately called the police after the event and went for a medical examination to proceed with an official complaint against the manufacturer and seller.

The first case associated with the blast was reported in August, at that time Bengaluru-based Ankur Sharma said that his new phone – OnePlus Nord 2 5G “blasted” all of the sudden.

The second case was reported in the same month when Shubham Srivastava claimed that his father’s phone suddenly blasted.