T20 World Cup 2021, India vs. Pakistan: Pakistan has named their 12-man team for the most anticipated T20 WC Super 12 against arch rivals India. 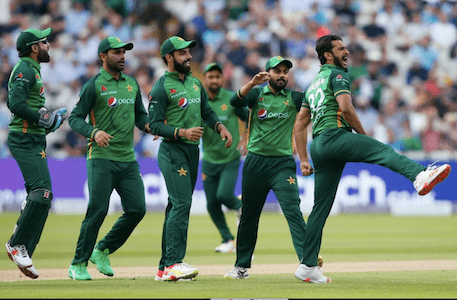 While Pakistan captain Babar Azam has chosen experienced all-rounder Shoaib Malik over previous captain and wicketkeeper-batsman Sarfaraz Ahmed in his final 12, he told the media that Pakistan's strongest XI will face India on Sunday.

"Sarfaraz is a talented spinner who is confident in his ability to play against India. However, we evaluated the ideal XI for this match because Shoaib Malik can also play spin. That's why we chose this final 12," Azam remarked during a virtual media session ahead of what may be the largest World Cup T20I in cricket history.
It's worth remembering that Sarfaraz Ahmed was the last Pakistani captain to lead his country to a significant success, defeating Virat Kohli's Indian squad in the 2017 Champions Trophy final. The tables seem to have turned, and he will not be part of the main team against India tomorrow night.
When asked about Pakistan's poor record against India in ODIs and T20Is, the 27-year-old skipper stated, "We have lost 12 matches against our Asian neighbours in ODIs and T20Is formats."
"It's critical to keep things simple and stay to the fundamentals." We shouldn't be focusing on the past too much. "We are quite optimistic about the event and the next matches," Azam stated.