PSG Manager Pochettino: "Messi, Neymar Are Best, Why Take Them Off The Pitch?"

PSG hired Pochettino at the start of the year with the hopes that the Argentine would lead the club to the elusive Champions League title. 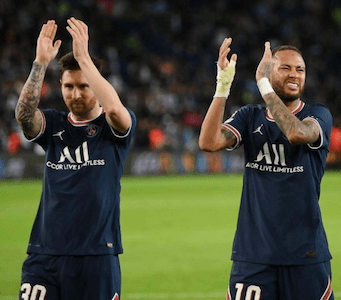 Mauricio Pochettino, the manager of Paris Saint-Germain, admitted that coaching the Ligue 1 team with "the best players in the world" was difficult since he had to deal with their emotions as well as their entourages.

Also Read: Watch: Know Cricketer Venkatesh Iyer’s Special Request For WWE Star ‘Undertaker’
PSG hired Pochettino at the start of the year with the hopes that the Argentine would lead the club to the elusive Champions League title.
PSG has an abundance of attacking options, with Lionel Messi combining with Neymar and Kylian Mbappe, as well as Angel Di Maria, Mauro Icardi, and Julian Draxler, leaving Pochettino with a selection headache.
Also Read: 2nd T20I: India beat New Zealand by 7 wickets; take unassailable 2-0 series lead
"We deal with people who have emotions, and no one's behaviour is a straight line." Pochettino told L'Equipe, "It's a sequence of ups and downs — one is happy, another is hurt, one is playing well, another isn't." 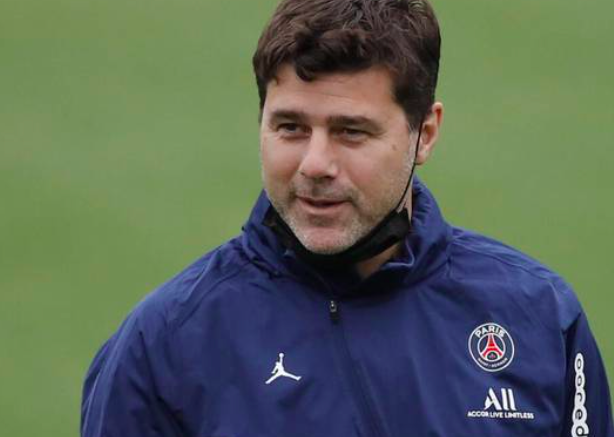 "I believe the most essential thing for the staff to do is to try to balance the moods”.

Mauricio Pochettino, the coach of Paris Saint-Germain, has assured Lionel Messi and Neymar substitution adding, "They are the best in the world." Why take them off the pitch".
"Even if they don't perform as expected, their talent allows them to be decisive at any time." That is why the club went to such great lengths to sign them.
"You can't compare this type of footballer to others since they're not the same."
On two times, Messi has been substituted.
The six-time Ballon d'Or winner is still without a goal in the French top flight, but persistent injuries have kept him out of the starting lineup and have prompted him to be replaced.
"When PSG comes seeking for you, it's so you can adapt to an existing structure, to the players recruited, to get what the club wants," Pochettino explained.
"What is PSG's goal?" PSG is looking to win. Win the Champions League, the league, the cup, and all of your matches.
"We didn't come wanting to start a project or to find out what we needed to develop our ideas or what we enjoyed. With the structure and characteristics of the guys who are here, we came here to adapt and win. It's a completely different situation.


PSG will play Nantes at home on Saturday, with Messi and Mbappe expecting to play, while Neymar returns to the sidelines with a thigh ailment.