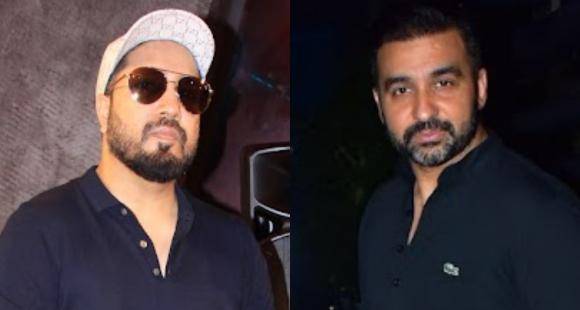 After model Gehna Vashisth stepped in the huddle to support to arrested businessman Raj Kundra in the pornography case, Bollywood singer Mika Singh also showed empathy towards the alleged key conspirator in the case.

Mr. Mika has also called the nabbed Kundra a ‘nice guy'. He has further claimed that his knowledge regarding the app and content is negligible, he has seen one of Raj’s other apps though.

"Main toh wait hi kar raha hoon ke kya hoga. Let's see. Jo bhi hoga acha hoga, mujhe itna knowledge nahi hai unke app ke baare mein. Maine ek app dekhi thi, wo simple app thi. Zyada kuch tha nahi uske andar so let's hope for the best (Whatever happens, will be for the good. I don't have much knowledge about his app. I have seen one of his apps and that was simple, wasn't anything in it)," he said.

The Mumbai Police have booked the case under sections 420 (cheating), 34 (common intention), 292 and 293 (related to obscene and indecent advertisements and displays) of the Indian Penal Code (IPC) besides relevant sections of the IT Act and the Indecent Representation of Women (Prohibition) Act.

“There was a case registered with the Crime Branch Mumbai in February 2021 about the creation of pornographic films and publishing them through some apps. We’ve arrested Mr. Raj Kundra in this case on 19/7/21 as he appears to be the key conspirator of this. We have sufficient evidences regarding this,” the Mumbai police commissioner said in a statement late Monday night.