Priyanka Chopra and Nick Jonas shared adorable posts for each other to mark their third engagement anniversary. The couple got married in December 2018. 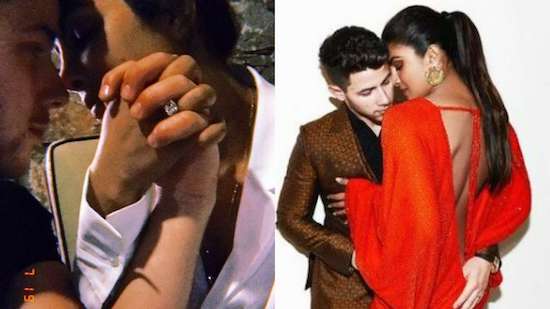 Priyanka Chopra and Nick Jonas shared adorable posts for each other to mark their third engagement anniversary. The couple got married in December 2018.

On Monday, Priyanka Chopra and Nick Jonas celebrated their engagement anniversary, a day after her birthday, and they commemorated the occasion with Instagram images. Priyanka shared a photo of her and Nick's hands entwined on the day Nick proposed, with her engagement ring shining brightly on her finger. 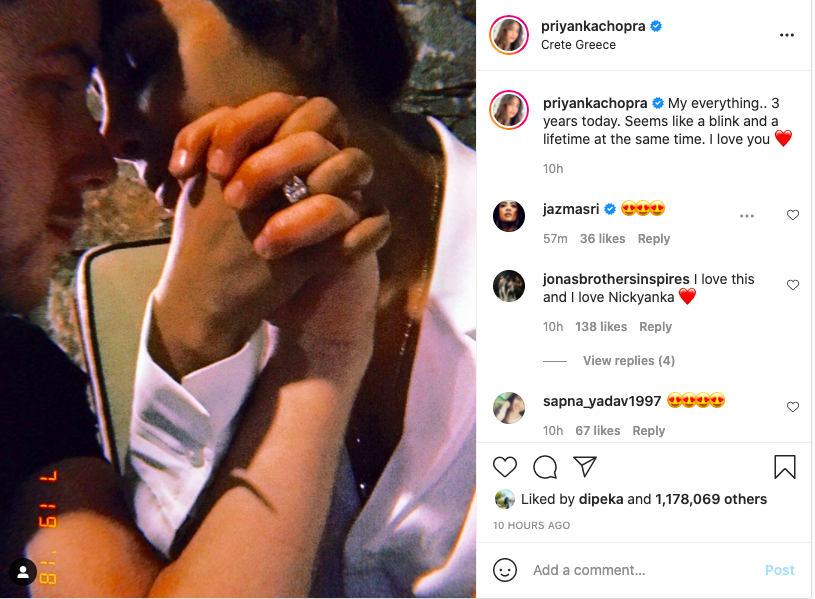 Nick also shared a special message for Priyanka on Instagram. “3 years ago today,” he captioned a photo of them having a supper together following their engagement. Emojis of a ring and a heart were added. Priyanka replied to Nick's post with, "Thank you for asking jaan," with a heart-eyes emoji. 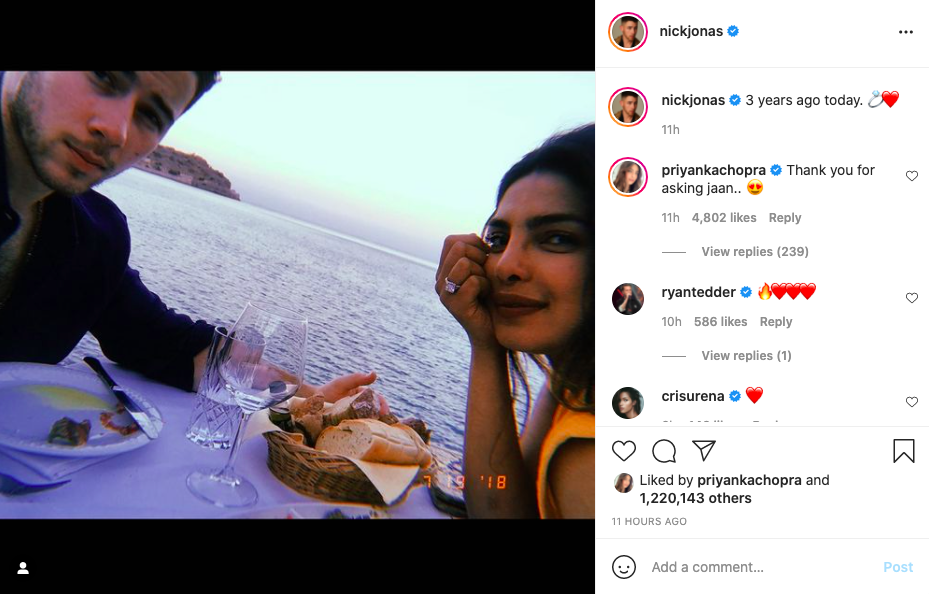 Fans also showered love on the couple. “I love this and I love Nickyanka,” one commented. “Hope your love last for ever,” another wrote. A third called them ‘so freaking cute’, while a fourth said, “So beautiful together.” Also Read: 'Nick Jonas to divorce Priyanka Chopra in next 10 years', predicts KRK, gets brutally trolled

Nick proposed to Priyanka in Greece on a romantic holiday in 2018. In a previous interview with Vogue, he said that when he proposed, she was speechless. “I got down on one knee again and asked, 'Will you marry me and make me the happiest man in the world?' She took around 45 seconds, no joke. He said, "45 seconds of silence.  I'm going to place this ring on your finger right now unless you have any objections”.

Priyanka turned 39 on Sunday, and despite being on the another continent of the world, Nick went all out to make her birthday special. She uploaded photos of her "quiet" birthday celebrations and expressed gratitude for everyone's well wishes. “Thank you @nickjonas for making this bday so special even tho you weren’t here.”

Currently, Priyanka is in London to shoot for the Amazon spy series Citadel, while Nick is in Cleveland to film the TV version of Jersey Boys.