PM Modi has realised that no government could run the country by crashing the farmers’ interests, she said on Friday while addressing the media. 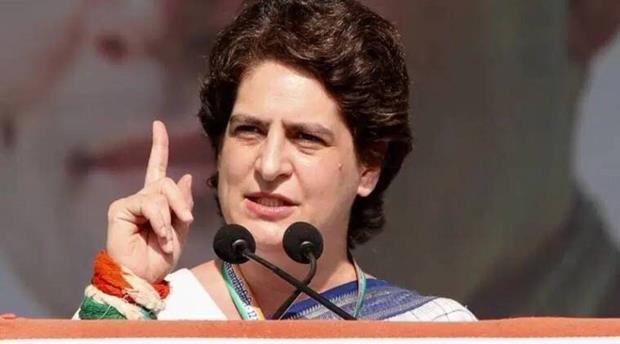 Congress leader Priyanka Gandhi Vadra said the prime minister sensed defeat in the upcoming assembly polls in five states next year and therefore, decided to repeal the three farm laws. He started to realise the reality that the country was built by farmers, she added.

Her statement comes after PM Modi on Friday morning addressed the nation and announced that the centre will withdraw the three farm laws against which the farmers have been protesting since last year and urged the protestors to return home.

PM Modi has realised that no government could run the country by crashing the farmers’ interests, she said on Friday while addressing the media.

"Now, sensing defeat in polls, you have suddenly started to realise the reality of this country -- this country has been built by farmers, it is a country of farmers, they are the real protectors of the country and no government can run the country by trampling upon the interests of farmers," she tweeted in Hindi.
Continuing with her attack, Priyanka Gandhi said that it’s difficult to believe the prime minister’s intentions and his changing attitude.
Also Read: Tarlochan Singh asks farmers to return home following PM Modi’s farm laws decision

Addressing the nation on the occasion of Guru Nanak Jayanti on Friday morning, PM Narendra Modi said the union government would take back the three agricultural laws and urged the protesting farmers to stop their agitation and return to their homes.

He further said there was a section of farmers who were opposing the three farm laws and the centre tried to educate and inform them about it. However, the benefits of the laws weren’t able to reach them. He promised to continue working for the welfare of the farmers in the country.