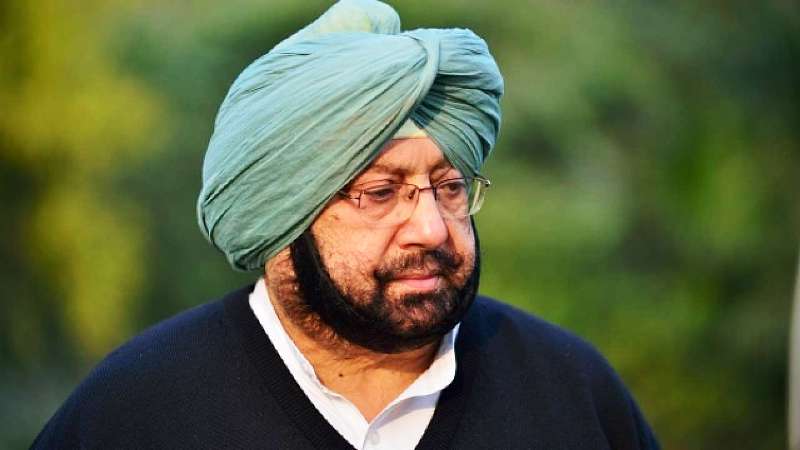 Chandigarh, May 27: Punjab Chief Minister Captain Amarinder Singh on Thursday announced extension of the restrictions in the state till June 10, but ordered the limit on the number of passengers in personal vehicles to be removed, in view of decline in the positivity and number of active Covid cases.

The Chief Minister has also directed the resumption of elective surgeries in both government and private hospitals, as well restoration of OPD operations at all GMCHs in the state, in view of the improvement in the overall Covid situation. It may be recalled that elective surgeries had been stopped from April 12 to ensure adequate availability of beds and oxygen for serious Covid cases, but the Chief Minister has now allowed these to be resumed, subject to the condition that there shall, for the present, be no reduction in beds for L3 patients in the hospital.

Medical Education Minister OP Soni said three GMCs had already started 50% OPD operations, which will soon be scaled up to 100%.

On the issue of restrictions, the Chief Minister said it had been decided to continue with the curbs on the advice of experts. He clarified that while the limit on personal cars and two wheelers was being removed as these are used mainly by family members and close friends, those on commercial passenger vehicles and taxis shall continue to be in place at present. The DCs will also continue to be empowered to make any adjustments in opening of non-essential shops as are merited by local conditions, he said.

Asserting that the state could not afford to be lax despite some easing of the situation, the Chief Minister directed the Health and Medical Education departments to continue strengthening the Covid care infrastructure and facilities to deal with a possible third wave of the pandemic. He asked them to invest also in augmenting paediatric care and to seek 500 paediatric ventilators from the Government of India.  The meeting was informed all the 809 ventilators received earlier under the PMCares Fund had been distributed and 136 of them were not working.

The Chief Minister also ordered creation of more technical and specialists posts to meet the demands of the possible third wave. Dr Raj Bahadur informed the meeting that the recruitment of doctors and nurses had been almost completed, while the process for procurement of equipment for the makeshift hospitals had also started.  All mid-level IAS/PCS transfers in all departments should be put on hold till the Covid crisis continues, directed the Chief Minister.

Taking strong note of overcharging by some private hospitals, the Chief Minister warned that profiteering and fleecing of patients amid such a crisis will not be allowed at any cost. He directed the Health and Medical Education departments to ensure that hospitals display huge (11’x5’) boards at the entrance displaying rates.

Given the comfortable Oxygen situation in the state currently, the Chief Minister also directed that Oxygen may now be allowed to be used for essential non-medical purposes, with a 3-day buffer stock of medical oxygen, however, to be maintained at all times. He noted with satisfaction that oxygen concentrator banks were now present in every district for post covid care patients who have a doctor’s prescription. The control room had ensured that there was no shortage of Oxygen in any hospital, he said, adding that the demand in the state had come down from 304 MT to 236 MT in the last 10 days.

Chief Secretary Vini Mahajan apprised the Chief Minister on the situation with respect to availability of Oxygen, and said the nitrogen conversion plant at Barnala Covid Centre had become operation in coordination with PPCB, with 93% purity.

The Chief Minister also ordered ramping up of testing and sampling in the rural areas to ensure early identification and treatment of infected persons, as part of the Corona Mukt Pendu Abhiyan. He expressed satisfaction that almost 1.4 Crore individuals (37 lakh households) had already been screened in these areas.

Health minister Balbir Sidhu said the situation in the rural areas was bad mainly because people were going to hospitals late. Health Secretary Hussan Lal said the positivity rate in rural areas was 4%, with people there shying from testing and coming forward only when faced with severe symptoms.

DGP Dinkar Gupta said enforcement of restrictions, especially on gatherings, was being strengthened in the rural areas, where Covid was spreading fast. He further disclosed that 6400 cooked meal packages had been delivered in the last two weeks since the launch of the Bhojan Helpline for Covid affected families.