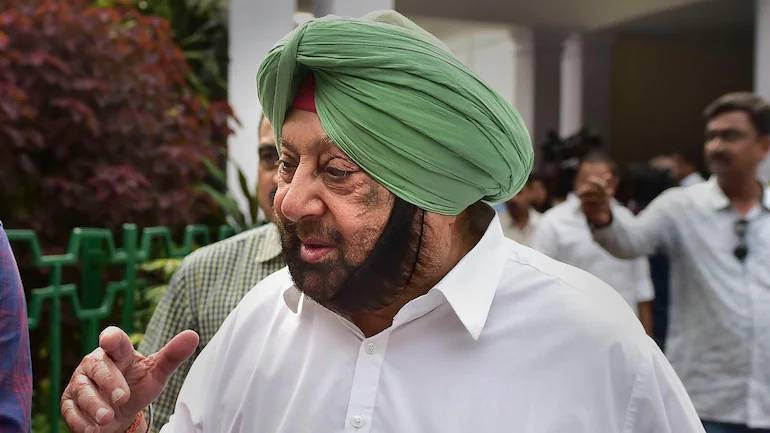 New Delhi. Efforts have intensified to end the ongoing deadlock in the Punjab Congress. Chief Minister Captain Amarinder Singh appeared in front of the committee formed by the high command on Friday and presented his side. After sharp criticism from Punjab ministers and MLAs, the Congress high command has constituted a three-member committee under the leadership of Malika Arjun Kharge and started the exercise to end the deadlock.

Punjab CM Capt Amarinder Singh arrived at around 11 am to meet the AICC panel constituted to review the status of party organisation and defended the government in the face of criticism from quarters led by former minister Navjot Singh Sidhu. The CM’s meeting with the panel followed a virtual meeting the committee held with Congress leader Rahul Gandhi who was briefed about the takeaways from several days of deliberations with Punjab leaders.

The deliberations commenced on Monday and the panel is expected to submit a report to Congress chief Sonia Gandhi by the weekend for her to take the final call.

He has been leading the offensive against the CM accusing him of laxity in the Bargari case while the CM and the government have been maintaining that the SIT probe was ongoing. On the complaint by some MLAs regarding bureaucratic stranglehold in Punjab, the CM is likely to ask what the credentials of the critics are and whether they are above board.

A major point of discussion in today’s meeting would be the revamping of the Punjab unit which has been in a limbo for long due to a lack of consensus on what role to accord Sidhu who wants to be the state unit President.

CM Singh for his part has offered Sidhu to return to the cabinet and has agreed to a  portfolio of his choice, sources said.

An agreement between the two leaders on Sidhu’s role is still elusive with the AICC panel expected to suggest some way out. This part can be worked out through delivery mechanisms and interfaces the CM may propose to create to ensure citizen outreach. Meanwhile, the PCC reorganisation could turn out to be the bigger takeaway of AICC panel meetings.

Today is the last meeting (of the Congress panel constituted to resolve factionalism in Punjab Congress). Our president is going out for some 2-3 days, we will submit the report soon, said Harish Rawat, Punjab Affairs in charge.

While leaving the meeting, CM Captain Amarinder Singh while talking to the media said that the high-level committee has discussed this in detail. It is not necessary to tell the media what happened. Because Punjab is going to face assembly elections in the next 6 months. All talks will be held with the party high command on the issues of Punjab.

Meanwhile, the majority of the Congress leaders from Punjab want to contest the next state elections under Captain Amarinder's patronage.