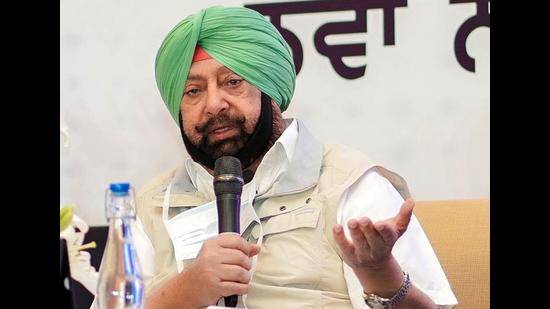 Punjab CM has reached New Delhi on June 3 to attend the meeting. Earlier there were reports that CM could meet the panel including Harish Rawat on the evening of June 3 or else on June 4.

Known for his aggressive and upright behavior, Punjab CM is said to maintain his stance in front of the panel and will table the accomplishments of the party made during the ongoing term.

According to sources, Capt Amarinder Singh might expose the conduct of the rebellious party leaders which include Navjot Singh Sidhu, MLA Pargat Singh, Charanjit Channi, among others.

Ahead of the 2022 Assembly Elections, CM could also update the panel about the transparency his government has maintained with the administration, due to which no single allegation has been leveled on the party.

Days after Jalandhar Cantt MLA Pargat Singh claimed, “Capt Amarinder Singh’s leadership could be dangerous for the party in the upcoming elections and he has tainted the party’s image by not fulfilling the manifesto-plans,” the state head representative is likely to clear the air over same.

Also Read:Punjab Congress Conflict: “2022 elections under CM’s leadership could be a setback for the party”, says MLA Pargat Singh

Capt Amarinder Singh is expected to inform the three-member panel that Punjab’s public is elated with the party’s performance and the upcoming elections under his leadership would prove a boon.

However, at present, the wedge among party leaders has widened as leaders like Sidhu, Pargat Singh are resolute and has demanded change in leadership as Capt Amarinder Singh has failed to provide justice in the matters like Desecration Case of Guru Granth Sahib Ji, Kotkapura Firing Case, Illegal Mining Case, Drug Trafficking, etc.

To end the internal rift, the Congress panel is pondering to make a significant shuffle in the party to safeguard the party’s image. It is being expected that High Command might bring a new face for State Congress Chief.

Apart from this, the High Command could elect the Deputy CM of the state and for this name of Navjot Sidhu is being discussed. According to the sources, Sidhu is least likely to accept the offer as he has informed the panel that his intentions are to solely work for the party.

Also, Sidhu seeks clarity from the High Command that 2022 Assembly Elections will not be contested on a face but collectively by a party. Other leaders including Partap Bajwa, Sukhjinder Randhawa, Charanjit Channi, Pargat Singh is signing the same rhyme as Sidhu.

On the other side, Capt Amarinder Singh has already kick-started a low-key election campaign in the state as he is firm to contest the upcoming elections in the state. Pertinently before the 2017 Assembly Elections, Capt Amarinder claimed that it would be his last election but, a few days ago PCC Chief Sunil Jakhar reiterated that 2022 elections will be fought under CM’s leadership.

Also Read: “Party Workers must go to Delhi & speak the Truth of Punjab to our High Command”, Navjot Singh Sidhu

Notably, there are chances that CM could meet Congress High Command

Get the latest update about Punjab Assembly Elections 2022, check out more about Panel to Resolve Feud, Internal Feud, Change in Leadership & Harish Rawat