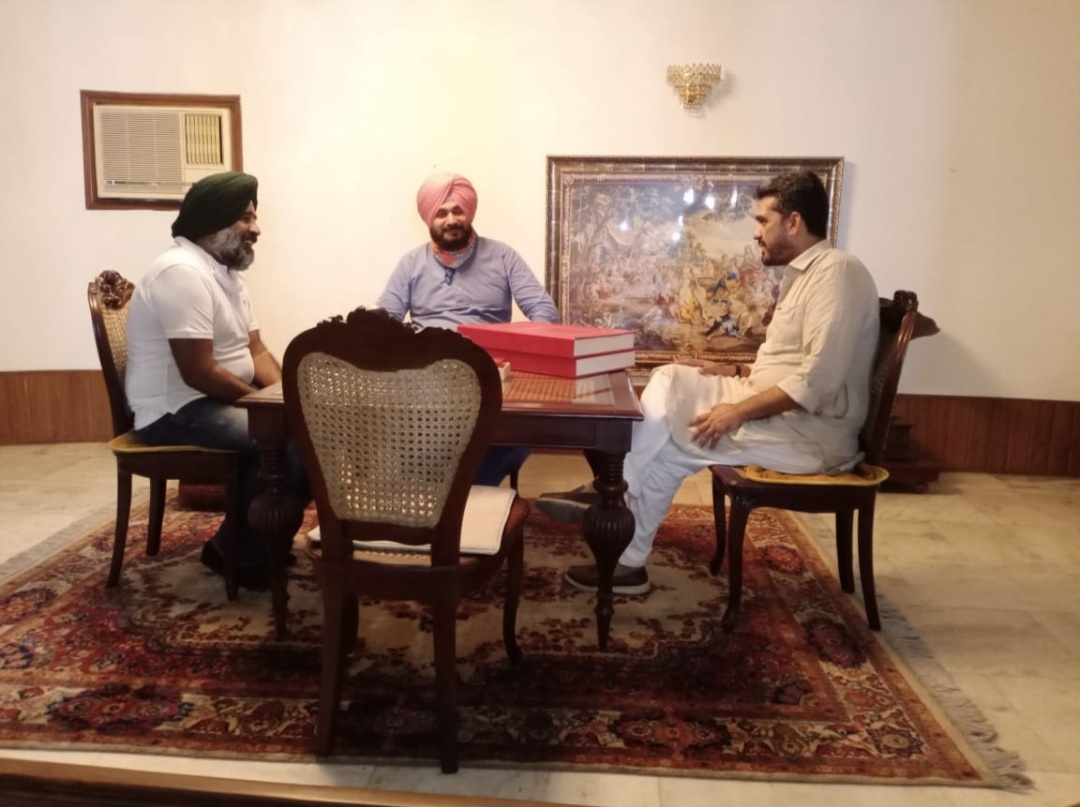 Amid indications that the party high command is likely to appoint him as the new PPCC president, Navjot Sidhu has been visiting former state party chiefs and other party leaders, which is seen by the political circles as Sidhu's effort to take everybody along in the party.

It is being learnt that Navjot Sidhu had been categorically told by party high command to reach out to the party’s rank and file, besides meeting all important leaders.

Meanwhile, MLA Bawa Henry and his father Avtar Henry are said to be CM’s confidant, and the meeting is being termed as courtesy call and nothing beyond it. Besides, MLA Pargat Singh was also present in the meeting and the four were seen sitting together with smiles on their face.

When asked a senior Congress leader, how he see Sidhu’s political outreach and meeting party MLAs, he said like CM camp is regrouping to consolidate its position, Sidhu is meeting MLAs and other leaders to counter the attack.