Is Rakul Preet Singh and beau Jackky Bhagnani marrying in 2022? Know the truth

Fans are wondering if Rakul Preet Singh and her partner, actor-producer Jackky Bhagnani, would be joining the list of celebrities who are getting married soon. 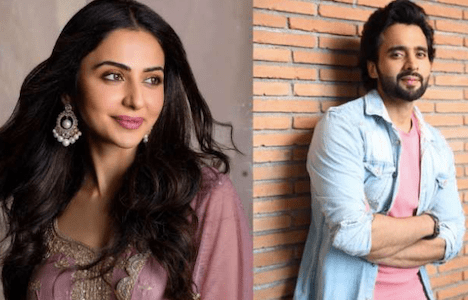 Many celebrities have married, and many more are on their way! Many people are asking if Rakul Preet Singh and her fiancé, actor-producer Jackky Bhagnani, will be joining the list of 'shaadis' taking place in the Bollywood business.

Yes, it is correct! The actress added fuel to the flames when she admitted to being in a relationship with Jackky in a romantic message she published on his birthday a few months back. As a result, a lot of reports about the two marrying in 2022 have gone viral. In a recent interview with a media site, the actress opened up about her personal life and even addressed the topic of her wedding preparations.

Rakul told a leading daily that she opted to come out in public about her love because she thought it was beautiful. She also stated that she will make an announcement about her marriage whenever it takes place. For the time being, though, she is focused on her career because that is why she is in the industry.
"I spoke about my personal life because I had to," Rakul told the publication. I choose to listen to the things that interest me. I make the decision not to be impacted by things. I talked about my personal life because I believed it was lovely and wanted to share it with others. Being a public celebrity comes with the drawback of having one's life constantly scrutinised and that's also the flip side.


Rakul, when asked about her wedding to Jackky, stated, "Whenever that occurs, I will publish it as if it were any other event. Right now, I'm concentrating on my career since that's why I'm here."
Returning to her Instagram post, it included a photo of the couple strolling hand in hand. According to the caption, "Thankyouuuu my ! You have been my biggest gift this year ! Thankyou for adding colour to my life , thankyou for making me laugh non stop , thankyou for being you !! here is to making more memories together @jackkybhagnani.”Rakul wrote.
Rakul is currently working on a lot of projects. She'll next be seen in Jackky's upcoming film, in which she'll appear with Akshay Kumar. She'll also appear in Doctor G alongside Ayushmann Khurrana. 'Thank God,' starring Sidharth Malhotra and Ajay Devgn, and 'Chhatriwali,' are two more films she has in the pipeline.