Ranbir Kapoor and Alia Bhatt are expected to walk down the aisle this year, according to Lara Dutta. For a few years, the two have been in a relationship. 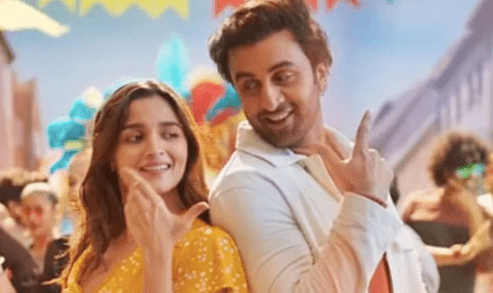 Even as fans anticipate the wedding of actor Ranbir Kapoor and actress Alia Bhatt, actress Lara Dutta believes it will happen this year. She was answering to a question about a possible real rumour concerning Bollywood celebs.

Lara stated that she belongs to the "older generation" and is unaware of who couples from the younger generation are dating at the moment. “I might say anything about a relationship and have no idea if they're still together or not,” she explained.

Lara, on the other hand, believed they would marry shortly. She said,  “I believe they are getting married this year,” she told to a leading daily.

Also Read: Are Ranbir and Alia getting married before the release of Brahmastra?

Ranbir has been dating Alia since 2017, and the two have even become friends with one other's families. Alia is adored by Ranbir's mother Neetu Kapoor and Riddhima Kapoor Sahni, who frequently comment on her Instagram postings. Alia Bhatt's sister Shaheen Bhatt and Alia's mother Soni Razdan are frequently spotted with Ranbir.

Ranbir stated last year in an interview with veteran journalist Rajeev Masand that if it hadn't been for the Covid-19 epidemic, he and Alia would have already been married. “I don't want to say anything because I don't want to jinx it. “I want to achieve that objective as soon as possible in my life,” he stated.

In a recent episode of Super Dancer Chapter 4, Ranbir's cousin Karisma Kapoor was caught off guard when Alia was suggested as a member of the Kapoor family. “You can add Alia to that list now,” her co-judge Anurag Basu teased as Karisma identified the family's actors. She just smiled and mimed zipping her mouth on the Bollywood's hot couple.

The film's principal filming began in Bulgaria in February 2018, and it will be released in normal, 3D, and IMAX formats. In Hindi, Tamil, Telugu, Kannada, and Malayalam, the film will be released.