Virat Kohli is said to be keen on concentrating on his batting and Test captaincy. 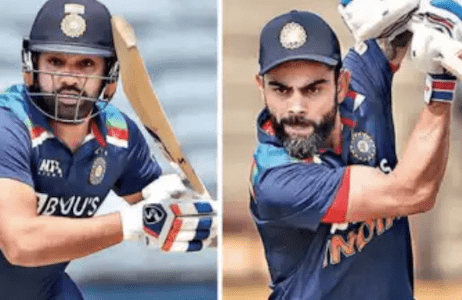 When it comes to India's limited-overs team, skipper Virat Kohli is expected to stand down and give over the responsibilities to his deputy Rohit Sharma. Report rumoured that Rohit Sharma could replace Virat Kohli as a white ball captain after T20 World Cup. Kohli is India's current captain across all forms, and he has established himself as one of the game's all-time greats.

There have been rumours that Rohit will take over as captain, at least in T20Is, given his experience as a stand-in skipper and his success in the IPL, when he led Mumbai Indians to five titles. However, after the 2021 ICC Men's T20 World Cup concludes in the United Arab Emirates, Kohli may be able to focus on his batting.
Also Read: BJP MP Gautam Gambhir takes part in Green India Challenge
“Virat will make the announcement himself. He believes he has to focus on his batting and return to his former glory as the finest batsman in the world, according to sources reported by a leading daily. 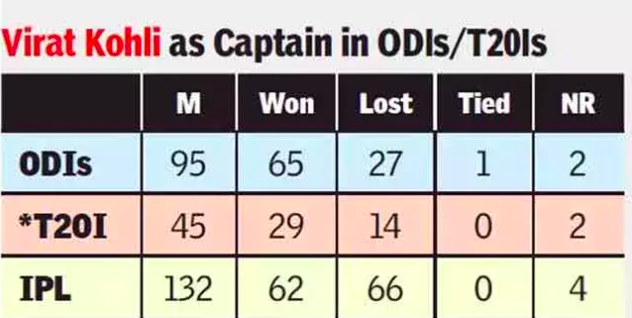 Kohli, 32, has captained India in 95 One-Day Internationals, winning 65 and losing 27. His winning percentage is 70.43. India has won 29 of the 45 T20Is he has captained thus far, while losing 14 of them.
Also Read: Medvedev lifts US Open trophy, denies Djokovic calendar Grand Slam

Rohit, on the other hand, has captained India in ODIs ten times, winning eight times and losing only twice. He has captained them 19 times in T20Is, with 15 wins and four losses. 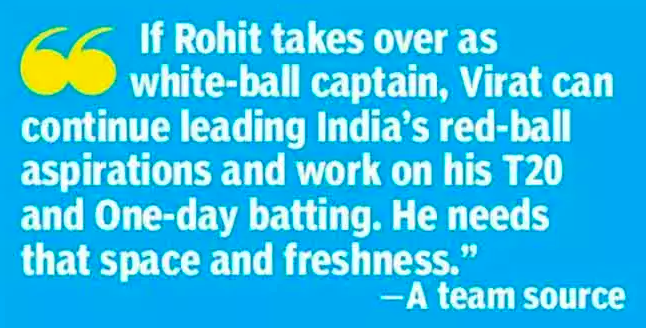 “It will bring an end to a historic Test cycle for India. Virat is also the first to admit that his overall responsibilities as skipper across all forms are affecting his batting performance. He requires the extra room and freshness since he has so much more to contribute. Virat can continue to spearhead India's red-ball ambitions while working on his T20 and one-day batting if Rohit takes over as white-ball captain. He's only 32, and given his fitness, he'll be able to play top cricket for at least another five to six years,” the source added.

Kohli's captaincy has been criticised for his failure to win a major ICC title since taking over the helm of the squad. In June, India was defeated in the final of the World Test Championship, further igniting the debate.

According to the TOI, Kohli, Rohit, and the India team management have met in recent months to discuss the change of guard, at least in white-ball cricket.