Ballons d’Or: Cristiano Ronaldo’ ONLY wish over Messi before he retires

According to France Football's editor-in-chief, Cristiano Ronaldo's only wish is to retire with more Ballon d'Or awards than Lionel Messi. 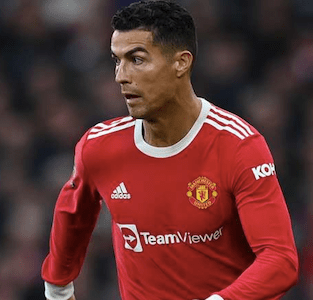 Only the winner and the editor's deputy are allowed to know the winner in the days leading up to the announcement, which is overseen by Pascal Ferre every year.

Ferri keeps the count a well guarded secret otherwise, and the award resumes on Monday, November 29th, after a year off due to covid.
Messi, along with Real Madrid and France striker Karim Benzema, Chelsea's Brazilian midfielder Jorginho, and Poland international and Bayern Munich forward Robert Lewandowski, are among the favourites.

Also Read: Ballon D’Or 2021: Know Who Will Win Footballer Of The Year, Nominations, When & Where To Watch

"It is the sixth year that I am responsible for this, and so far I have not made a single mistake," Ferre told Spanish daily Marca. I don't want to lie, but I have to tell everyone who calls that I can't announce who the winners are since they don't even know yet. It would be unjust to find out.

"We take great care. The winner of the Ballon d'Or remains a closely guarded secret. In sports, I don't believe there is anything equivalent. When I phoned Luka Modric, he sobbed like a child.”

Messi, who went to Paris Saint-Germain from his childhood club Barcelona this summer, has six trophies at the age of 34. Ronaldo, who is two years his senior, has five, and the 36-year-old is running out of time to reach his dream.

"Ronaldo has just one desire, and that is to retire with more Ballon d'Or than Messi," Ferre stated.

Recently, Ronaldo’s video is going viral and it is one of the most memorable events in the lengthy history of the trophy ceremony occurred in 2014, when Ronaldo yelled 'SIUUU' following his winning speech, driving football fans into a frenzy.

The video went popular almost instantly on social media. Although it wasn't immediately clear what Ronaldo did, it was subsequently revealed to be a yell from Ronaldo's famed celebration.

Ronaldo had offered an emotional speech before his shout. The Portuguese star thanked a number of individuals, including his current club, Real Madrid, as well as his coaches, teammates, and the club's president.

Ronaldo had won the prize for the third time that year. Ronaldo was crucial in Real Madrid's 'La Decima' victory and the end of the club's 11-year Champions League drought.

Ronaldo is not one of the favourites to win the award in 2021. Lionel Messi, a six-time winner, and Bayern Munich's Robert Lewandowski are expected to win the prestigious award at Monday's event. Jorginho of Chelsea and Karim Benzema of Real Madrid are other contenders.