Saina Nehwal: Sexual Remarks Passed By Siddharth After Pretending to Be a Feminist 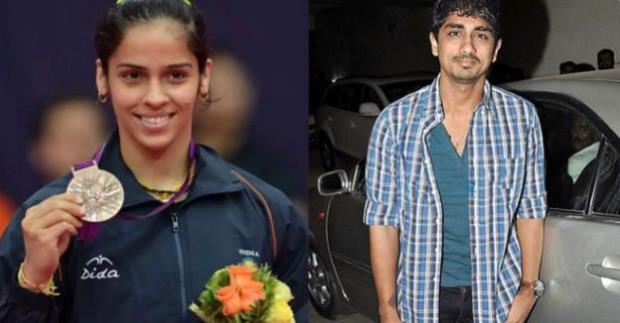 January 6th saw another sexual harassment after the infamous case of Bulli Bai and Sulli Deals.
In his tweet, Tamil actor Siddharth passed a derogatory slur at Badminton Star and pro athlete Saina Nehwal.
The story as we know it is that Saina in her tweet condemned the security lapse in the Prime Minister's convoy upon his planned visit to Ferozepur.
In her tweet, Saina wrote—“No nation can claim itself to be safe if the security if its own PM gets compromised. I condemn, in the strongest words possible, the cowardly attack on PM Modi by anarchists.”
The actor replied to this tweet by saying—“ Subtle cock champion of the world... Thank God we have protectors of India.”
‘Cock’ is a derogatory slang used for the male sexual organ. Sidhharth mangled the word Shuttlecock as ‘Subtle Cock’ to degrade Saina in a creepy sexual manner.
This is not the first time that Siddharth has tweeted something controversial. Taking to twitter, he recently made unfriendly comments on the Bulli Bai case. He in his tweet said—" The only thing unexpected if at all is that the person masterminding this filth is a female. Everything else is irrelevant. Stop rationalising #hate or crime. Pathetic.”
Sidhharth also took to twitter to condemn then creators of the said application targeting Muslim Women including some renowned journalists.
Also Read: Hrithik Roshan unveils Vikram Vedha’s first look as Birthday gift for fans
Actor Siddharth has worked in many movies like ‘Rang De Basanti’. He claims to be liberal and progressive but hurls sexual comments and slurs on women. Though the tweet was only about PM security lapse, it is unclear as to what triggered Siddharth to say these derogatory comments.
One can assume that this happened because she showed some concerns about the PM’s security.