The SC stated that physical contact initiated with sexual intent is included under POCSO. 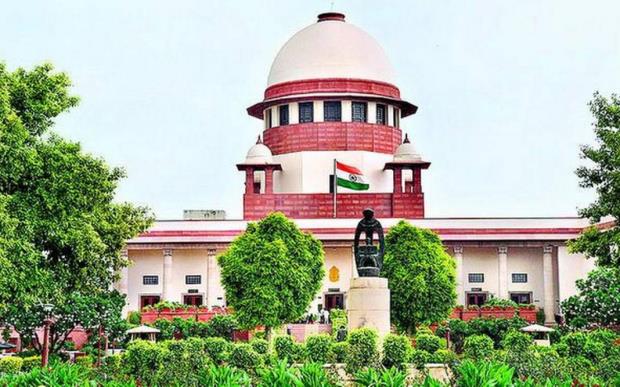 Ruling out the "skin to skin" contact is not necessary for a crime to be considered under the Protection of Children from Sexual Offences (POCSO) Act, the Supreme Court on Thursday called the Bombay high court’s judgement "narrow interpretation of the law".

Acquitting a man guilty of sexually assaulting a minor, the Bombay High court in its order had said that "groping a minor's breast without 'skin to skin contact' can't be termed as sexual assault under POCSO".


Establishing the objective of the POCSO Act that is meant to protect children from sexual abuse, the SC stated that physical contact initiated with sexual intent is included under POCSO and that "skin to skin" contact is not the criteria of the act.

Objecting to the Bombay HC verdict, Attorney General KK Venugopal argued that the court’s interpretation of the law would mean that "someone can wear a surgical glove and exploit a child and get away scot-free", adding that such decrease will be taken as an archetype and results would be devastating.

A bench headed by Justice U U Lalit remarked that in such cases relating to minors sexual intent is important and that it cannot be removed from the purview of the POCSO Act while adding that the purpose of the law cannot let the offender escape the screens of the law. The bench that also comprised of Justices Ravindra Bhat and Bela M Trivedi stated that if Section 7 of POCSO is restricted to only ‘touch’, ‘physical contact’ or “skin to skin contact” would lead to wrong interpretation of the law and can damage the purpose of the Act that was legislated for the protection of children.

Representing the accused, Senior Advocate Sidharth Luthra had said, "sexual intent requires physical contact but, in this case, the clothing was touched not the skin."

Questioning the interpretation of touch during the hearings, the SC noted: "What does touch mean, simply a touch? Even if you're wearing a piece of clothing, they're not trying to touch clothing. We must see touch in the meaning that Parliament intended.”

"We have held that when the legislature has expressed clear intention, the courts cannot create ambiguity in the provision. It is right that courts cannot be overzealous in creating ambiguity," said the bench, including Justices UU Lalit, SR Bhat, and Bela M Trivedi.

The apex court was hearing the appeals filed by the Attorney General of India, National Commission for Women, and the State of Maharashtra and Youth Bar Association of India challenging the Bombay High Court’s verdict citing that such observations will have a wider societal impact on the society and public at large.

Justice Bhat in a separate concurring judgment remarked that Bombay HC’s failed in concluding its judgement as it is “insensitively trivialized, legitimized and normalized behaviour which undermines the dignity of children”.

The SC had put a stay on the Nagpur bench of the Bombay High Court on January 27 after Attorney General K K Venugopal had taken up the matter before the top court and was allowed to file an appeal against the judgement. In his submission, Mr Venugopal had said that HC’s order is  "unprecedented" and likely to set a "dangerous precedent".


“It is a very disturbing conclusion,” the A-G told the bench comprising of then Chief Justice of India S A Bobde.


Mr Venugopal had said: “If tomorrow, a person wears a pair of surgical gloves and feels the entire body of a woman, he won’t be punished for sexual assault as per this judgment. This is an outrageous order. The accused tried to bring down the salwar and even then bail was granted… The Judge clearly didn’t see the far-reaching consequences.”

He further added that “touching of the breast of a minor even without removing the top amounted to commission of the offence of sexual assault under the Act”.


Dating back to December 2016, a 39-year-old was accused of luring a 12-year-old girl who had brought her into his house on the pretext of giving her something to eat, allegedly pressed the girl’s breast and attempted to remove her salwar. The minor’s mother had found the girl in the man’s house and later on, knowing about the incident had complained about the police.

While hearing the case, the HC said under the definition of the POSCO Act groping a minor’s breast without “skin to skin contact” cannot be termed as sexual assault. The court further mentioned that groping the child without taking her clothes off doesn’t account for sexual assault, instead it will be taken as an offence of outraging a woman’s modesty under IPC Section 354.


The judgement was delivered by Justice Pushpa V Ganediwala who brushed the ruling of a lower court under Section 8 of POCSO saying it to be applicable as “sexual assault” on children, against convict Satish Bandu Ragde. Justice Pushpa’s verdict was widely criticised by people calling the judgement to be insensitive and that would restore more courage in the offenders thinking that they could get away after committing the crime.