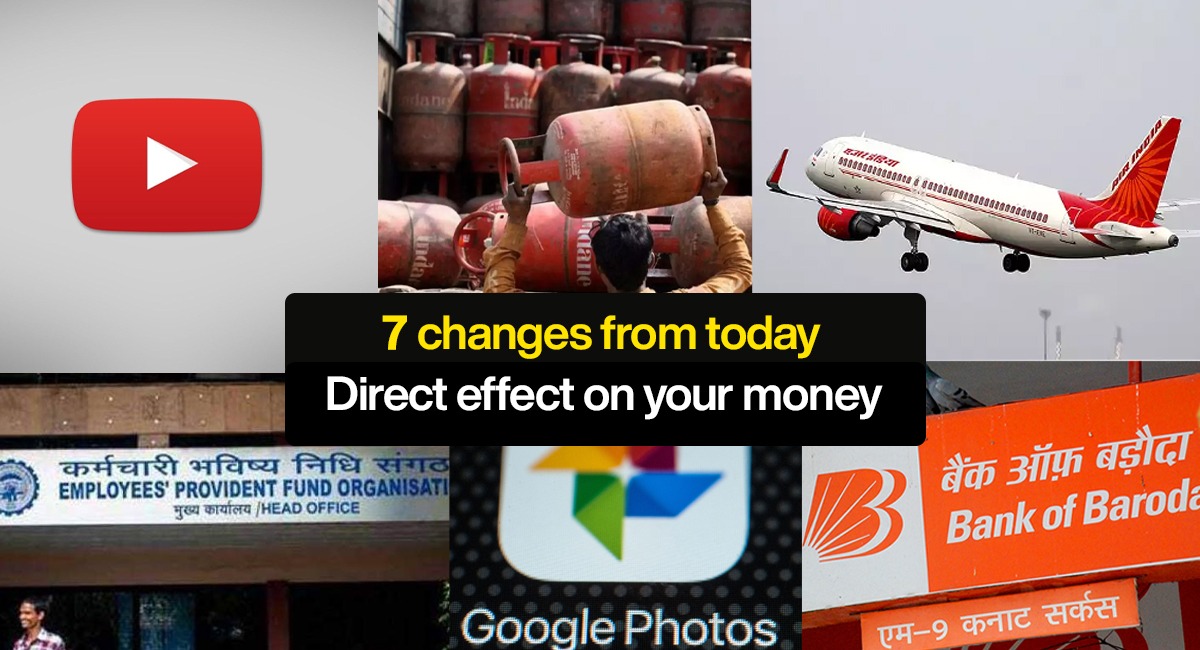 Before the first week of the month takes off, learn about these changes so that you do not get unpleasantly surprised and have a productive time.

Rules of Provident Fund (PF) see a big transformation today. Under the new rules, every PF account holder will have to have his Aadhar card linked with the PF.

Regarding company PFs, the onus will be on the employer to ensure that their employees get this linking done. The department EPFO (Employees’ Provident Fund Organisation) has issued a notification in this regard to employers.

Also read: See How Divyanka Tripathi shuts down troll for not wearing dupatta in Crime Patrol

Though, it will be the employee or PF subscriber who will be at the receiving end if the employer fails to complete this paperwork as the employer’s contribution to the PF may be blocked.

Further, the subscriber also has to verify UAN with his Aadhar Card.

The link for linking PF and Aadhar card is iwu.epfindia.gov.in/eKYC

The new link is incometax.gov.in

From June 1, payment by cheque in Bank of Baroda is going to change. To protect customers from frauds, now a Positive Pay Confirmation will be required. The objective of this new process is to prevent deception to customers from bad actors.

However, only for amount more than Rs 2 lakh will this system be invoked where the issuing customer will have to confirm that the payment was made the bank account holder.

To enable Positive Pay Confirmation, some information regarding the cheque issued will have to be entered into the bank’s system electronically. This can be uploaded using SMS, mobile app, internet banking, or ATM.

It must be noted that all over India, the companies proving cooking gas update their prices for the consumers. The retail prices of LPG cylinders may increase or decrease. Thus, on June 1, there can be a change in the prices of LPG gas cylinder.

5. Payment for more storage on Google

You will not be able to upload unlimited photos on Google Photos. According to Google, this free quota of 15 GB is to be used for their email service, Gmail, also in addition to every Google service except YouTube.

So, if you want to use more than 15GB of storage, then you will have to pay. Till now, unlimited storage was free.

If you earn from YouTube, then from June 1, 2021 you will have to now pay YouTube. These days, many people are earning lots of money by making videos and uploading them on YouTube.

Now, you will have to pay on the earnings from YouTube.

Also read: World Milk Day 2021: Here’s everything you need to know about the day and White Revolution

However, you will only have to pay tax on money earned from those views which originate from America.

The DGCA (Directorate General of Civil Aviation) has increased the lower limit of the cap on air fares which was in effect from last year.

According to the news, domestic air travel is going to become expensive from June 1, 2021. The fare will increase from 13% to 13%.

According to the Ministry of Civil Aviation, for flights of up to 40 minutes, the lower limit has been raised from Rs 2,300 to Rs 2,600 per person.

It is a matter of relief that the upper limit implemented during COVID last year has been maintained as it is. Because of this the maximum prices of air tickets will remain the same they were in last year.