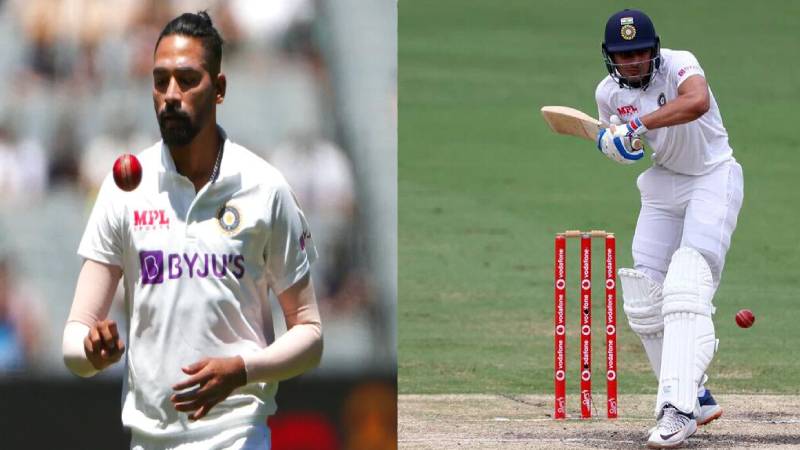 Indian Cricket team has written history in Australia by winning the Border-Gavaskar trophy. India defeated Australia at the Gabba and broke Kangaroos' winning streak of 32 years.  This series win by India has been considered the best series win by many cricket experts including Michael Vaughan. Even many people on social media are thinking likewise, the reason being India had to overcome many odds to clinch the series.

The various problems India overcame were uncountable injuries, losing frontline players due to injuries, leaving Virat Kohli after the first test, enduring racial abuse from the Australian crowd, living in the strict bio-bubble zone, getting bad quality hotels to stay due to COVID, and many more.

While cricket experts are hailing India after the series win many of them had predicted that India will get whitewash in the Test series. However, like a typical and inspirational Bollywood movie, team India turned every problem into a blessing. It showcases how well the BCCI has spent at the grass-root level to nurture young talent. Ultimately it was team India's bench strength and young talents who did not let their guards down.

While everyone is busy in praising Rishabh Pant and Cheteshwar Pujara, it was young Shubman Gill and Mohammed Siraj who impressed the most. Both the players i.e. Siraj and Gill debuted for India in this series only. Siraj became the highest wicket-taker from team India on the other Gill also scored like a well-experienced batsman.

Siraj and Shubman's success is known to all however, their struggles have not been discussed. Mohammed Siraj's father died on Friday, November 20. Siraj was on tour with the Indian team in Australia, chose to stay back even as the Board of Control for Cricket in India (BCCI) offered the cricketer the option of flying back home to be with his family.

Now Siraj's family members have revealed that why he chose to stay back. Siraj's brother Ismail said, "For the last month whenever I spoke to him, he just cried. But, the support of the team management, Virat “bhai”, Shastri Sir have kept him strong and encouraged him. It (Test debut) will mean a lot to him. So, this will be a slightly happy moment for us."

Siraj stayed back in Australia because his mother reminded him of his father’s dream, said Ismail. The story of Siraj joining cricket is also an interesting story. Siraj was a tennis ball cricketer who decided to play the game professionally after helping his school win an inter-school tournament. His first full season with the Hyderabad Ranji side was in 2016. Siraj's father Mohammed Ghaus was an auto-rickshaw driver.

Now let's take a leap from Hyderabad to Punjab and talk about another unsung hero of team India Shubman Gill. Gill’s father Lakhwinder Singh had the means to support his son who has played youth cricket for India. However, the family the Gill family still had to go through many struggles. Shubman Gill and his family are from Chak Jaimal Singh Wala village in Punjab’s Fazilka district. They moved to Mohali in 2007 in search of better cricket opportunities for their son.

Lakhwinder was quoted by HT who said, "God has been kind. It was not easy shifting base and leaving parents. But his hard work and determination paid off. I hope he is not over-aggressive when he comes to bat and sees the new ball for a while and then plans his innings."

Shubman Gill has been considered as the young sensation of Indian Cricket. People also call him India's next batting great. It will be interesting to see how Shubman and Siraj will grow as a cricketer in the future after a great start in their international carrier.