Siddharth Shukla took some medicines before going to bed, and he didn't wake up the next morning. Siddharth was absolutely fit till last night.The death is intriguing in such a situation. 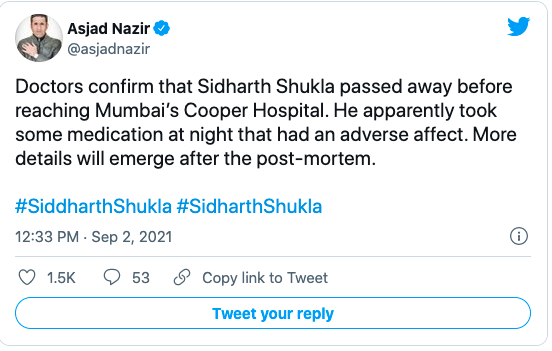 Meanwhile, Sidharth Shukla's followers are outraged as the news of his death spreads on social media. Users began to speak aloud about the inquiry into the death. “There should be an inquiry against Cooper Hospital, its doctors and administration, there is something wrong with it, ” remarked a user named Rahul D Jain.
Also Read: RIP Sidharth Shukla: See Whom He Thanked In His Last Instagram Post 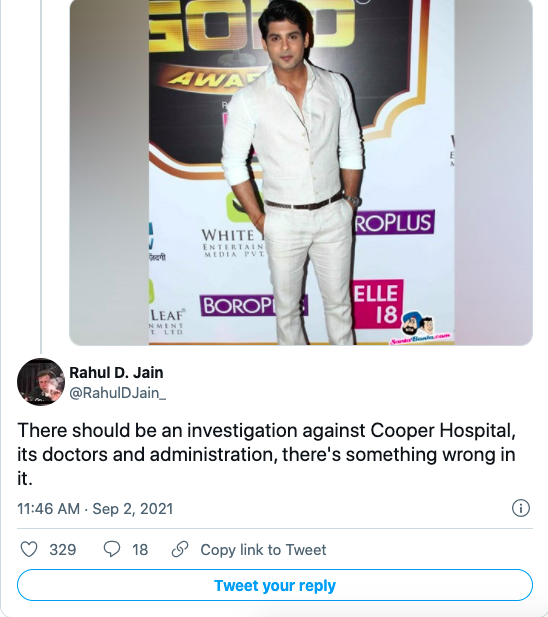 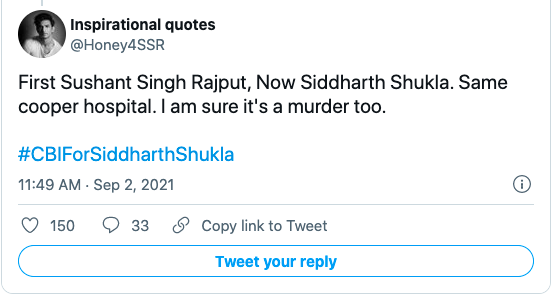 Honey4SSR, on the other side wrote,‘First Sushant Singh Rajput, now Sidharth Shukla. The same Cooper hospital. I’m sure it’s also a murder.” At the same time, they have requested a CBI probe." Sushant Singh Rajput's postmortem was also performed at Cooper Hospital after his death.
Furthermore, following the death of Siddharth Shukla, the police are keeping a close eye on things. So yet, the authorities have found no evidence of criminality in the death. The police, on the other hand, are still awaiting the final postmortem report.