India and Pakistan will be joined by Afghanistan and New Zealand in Group 2. 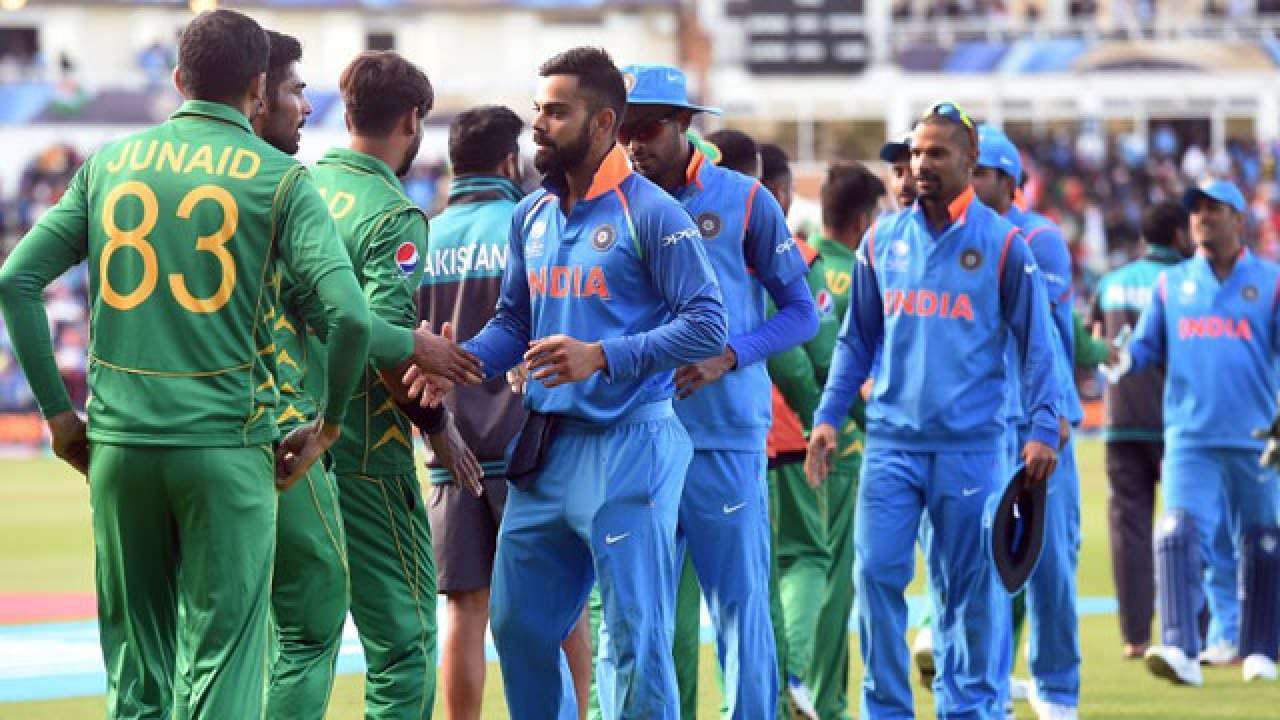 The international cricket council has placed India and Pakistan in the same group- Group 2 of the T20 World Cup 2021. The tournament is scheduled from October 17 to November 14 this year in Oman and the United Arab Emirates.

As per ICC’s announcement of Friday, July 16, two arch-rivals India and Pakistan will face each other in the Super 12 stage of the ICC event. The two teams had a face-off in the 2019 Cricket World Cup.

The two groups have been categorized on the basis of team ranking as of March 20, 2021. Group 1 comprises Australia, England, South Africa and West Indies. Meanwhile, India, Pakistan will be joined by Afghanistan and New Zealand in Group 2.

"Defending champions the West Indies are grouped alongside previous champions England, Australia, and South Africa in Group 1 of the Super 12s, with two qualifiers from Round 1 joining them," the ICC stated in a statement.

Making the announcement, ICC Acting Chief Executive Geoff Allardice said, “We are delighted to announce the groups for the ICC Men’s T20 World Cup 2021. As our first multi-team event since the worldwide pandemic approaches, there are some great matchups offered by the group and it starts to bring the event to life for our fans.”

Also Read: Why is Smriti Mandhana all over Twitter?

The opening round will involve eight teams, including automatic qualifiers Sri Lanka and Bangladesh, as well as the remaining six countries that qualified via the ICC Men's T20 World Cup Qualifier 2019. In Group A, Ireland, the Netherlands, and Namibia will join Sri Lanka, while in Group B, Oman, Papua New Guinea, and Scotland will face Bangladesh.

“It's great to see Oman back in the frame with the hosting of the T20 World Cup. It will encourage a large number of young players to become passionate about the game. We know it will be a world-class event,” said Sourav Ganguly, BCCI President.

BCCI Secretary Jay Shah also expressed his excitement and said, “With the announcement of groups, the ICC T20 World Cup countdown officially begins. Nothing separates the two groups, since both are jam-packed with sides that are fierce competitors in the game's shortest format. Having said that, the thrilling T20 format is renowned for its unexpected twists and turns, and we must be ready for them. I'm sure we'll see some thrilling and nerve-wracking contests.”