After Tim Paine stepped down as Australia's Test captain, a post from Jofra Archer went viral on social media. Paine is currently under investigation for a sexting scandal. 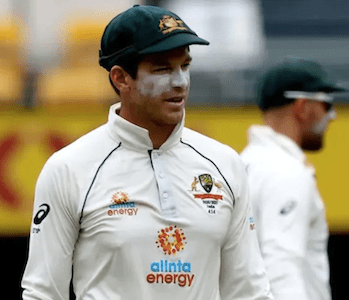 Is there any issue that Jofra Archer doesn't have a tweet about? In the past, the England bowler has left cricket fans perplexed with his open-to-interpretation comments. An old tweet from Archer has surfaced as Australia Test captain Tim Paine stepped down due to an investigation into a sexting scandal.

Also Read: Noted commentator Novy Kapadia dies, Indian football fraternity mourn his demise
In a news conference in Hobart, Paine, who has a wife and two children, revealed his decision to resign captaincy over the allegation.
Also Read: MS Dhoni’ ‘CHAI DATE’ With His ‘Honey’ Shared By Wife Sakshi Is Breaking Internet; See PICS
Paine was not even the captain of Australia's Test team when the text conversations were sent. The wicket-keeper batsman had sent a female colleague a few lewd texts, including some indecent images.
Cricket Australia looked into the situation at the time and cleared him in 2018. However, the matter has now become public, forcing Paine to resign as captain.


Some cricket fans dug up Archer's tweet, which read: "Tim!!!!!" when the news spread on social media.
"This private text exchange was recently made public, and I was shocked. My actions in 2017 did not meet the standard of an Australian cricket captain or the greater community, on reflection.
"I sincerely regret the damage and pain I've caused my wife, my family, and the other party. I apologise for any harm this has caused to our sport's reputation "On Friday, Paine spoke to the media.
Paine, on the other hand, will simply be stepping down as captain. He will continue to play as a wicket-keeper batter for Australia in Test matches.
Cricket Paine's resignation has been accepted by Australia, and the search for his successor has commenced. Pat Cummins is the clear favourite to be promoted to the position of Test captain and become Australia's 47th. However, Marnus Labuschagne and Steve Smith's names have also been mentioned. With the Ashes beginning on December 8, a decision would have to be made quickly.