Indian women’s hockey team has created history by qualifying for the Olympic Games semifinals for the first time. 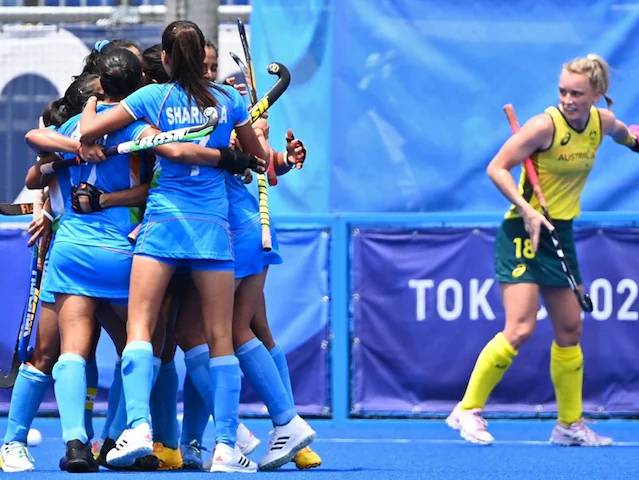 On day 10th of the Tokyo Olympics 2020 that is going in Japan, the Indian women’s hockey team has created history by qualifying for the Olympic Games semifinals for the first time. The team beat the three-time world champions Australia by a single goal.

India beat winning giants Australia by 1-0 and Rani Rampal had shown an outstanding performance.  Meanwhile, Gurjit Kaur’s might in the second quarter showed remarkable defence to keep the Australian team at bay.

Also Read: PV Sindhu becomes first woman to win two medals in Olympics, says ‘Had to switch off emotions for this match'

A day before the men’s hockey team too made its way to the semifinals which was followed by a 49 years gap of winning it at the Olympic games.