Europa Conference League: Tottenham Hotspur could be short of attackers after double injury

Steven Bergwijn and Lucas Moura limped off the pitch in Spurs' 2-2 Europa League draw with Rennes on Thursday. 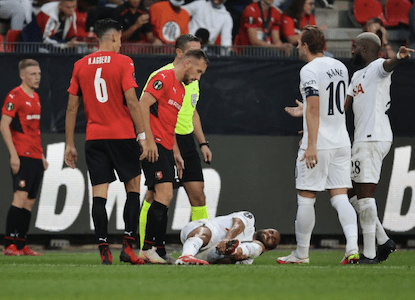 Tottenham Hotspur were handed a major setback ahead of their crucial English Premier League match against Chelsea on Sunday when Steven Bergwijn and Lucas Moura limped off the pitch in their 2-2 Europa League draw against Rennes on Thursday.

Tottenham may be short on attackers against their London rivals, with South Korean Son Heung-Min still recovering from a calf injury, adding to manager Nuno Espirito Santo's problems. After twisting his ankle, Bergwijn was the first to leave at the half-hour mark, followed by Moura in the second half.
Also Read: Kohli proposed BCCI selection committee to remove Rohit Sharma as vice-captain: Reports
Cristian Romero, Giovano Lo Celso, and Davinson Sanchez are still inaccessible to the Portuguese coach, as all three are serving their isolation in Croatia after opting to go to South America for international duty in defiance of Premier League rules. 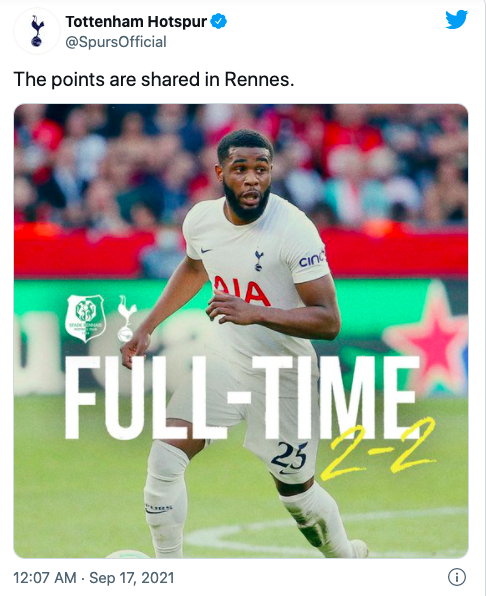 Santo was clearly angered by the result of the match.
Also Read: Focus and determination unmatched: Jay Shah leads tributes as Kohli quits as T20I captain
“It's been a terrible. I have to be honest. “Let's not hide behind anything,”
Tottenham Hotspur
manager Mauricio Pochettino remarked. “Everything that has occurred after the Watford game has not been beneficial for us. But this is football, after all. And we're well aware that this is a moment we have to overcome.”
Tottenham Hotspur are now in seventh place in the English Premier League, with nine points from four games, and a win on Sunday would move them into the top five. Santo seemed negative when asked if Bergwijn or Moura will be available against second-placed Chelsea.
“Extremely painful.  I can't tell you. They're being looked after by the medical team. But it hasn't been easy. Today, we attempted to provide solutions to the players while considering the game on Sunday. It is about conquering challenges. That will undoubtedly make us stronger in the future,” he continued.
Tottenham started the season on a high note, winning three games in a row in the Premier League. However, a 3-0 loss at Crystal Palace and a sluggish performance on Thursday have fans worried ahead of the high-octane clash at home.