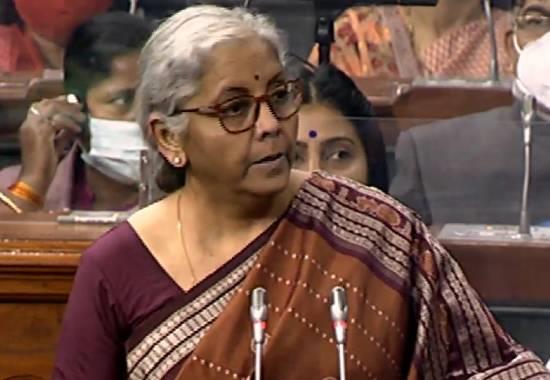 Union Finance Minister Nirmala Sitharaman on Tuesday tabled the Union Budget 2022 in the Parliament and as expected made many key decisions for the farmers. Union Finance Minister Nirmala Sitharaman tabled the Budget 2022 in traditional red 'Bahi Khata' and stated '4 points focus' during her speech in the Lok Sabha. Nirmala Sitharaman's speech mentioned that Budget 2022 has 4 focus points i.e.  PM Gati Shakti Mission, Inclusive Development, Increase in Productivity, and Financial Investment.
Among the various sectors, opposition and the people of India were eagerly waiting to know about the reforms and announcements Nirmala Sitharaman will do in the farming sector especially for farmers. In Budget 2022, Nirmala Sitharaman announced that the MSP will be directly paid to the farmers into their bank account.
"Procurement of wheat in Rabi season 2021-22 and the estimated procurement of paddy in Kharif season 2021-22 will give cover 1208 lakh metric tonnes of wheat & paddy from 163 lakh farmers& Rs 2.37 lakh crores will be the direct payment of MSP value to their accounts," said FM Nirmala Sitharaman.
Sitharaman also announced a scheme named as 'Kisan Drones Scheme'. As per the Finance Minister, Kisan Drones will be used for crop assessment, land records, spraying of insecticides expected to drive a wave of technology in the agriculture sector. Furthermore, chemical-free natural farming will be promoted throughout the country with a focus on farmers' land in 5 km wide corridors along the river Ganga, in the first stage.
Also Read: Union Budget 2022: ‘Made in India’ Tab replaces ‘Bahi Khata’ for 2nd consecutive year
Apart from this, Sitharaman also announced that 'a fund with blended capital raised under co-investment model facilitated through NABARD to finance startups in agriculture & rural enterprises for farm produce value chain'.
The direct transfer of MSP to farmers' bank accounts a master-stroke ahead of elections?
It is pertinent to mention here that Budget 2022 is taking place just days before the first phase of assembly elections in five states Uttar Pradesh, Uttarakhand, Punjab, Manipur, and Goa is held on February 7. The year-long farmers’ protest that saw the involvement of a large number of youths forced the government to retreat on its farm reforms path in November 2021. Farmers are a dominant cross-caste community in Uttar Pradesh and Punjab. Uttarakhand, Goa, and Manipur too have farmers as influential voters. But in Uttar Pradesh and Punjab, farmers are considered election-sensitive. Therefore, the series of announcements by Nirmala Sitharaman in the Budget 2022 might woo the farmers ahead of the elections. (While writing this article, Nirmala Sitharaman was still delivering her speech, therefore it might be possible she makes more announcements in the farming sector).