Kimmich, Serge Gnabry, Jamal Musiala, and Eric Maxim Choupo-Moting are said to be the only Bayern players who have not been vaccinated. 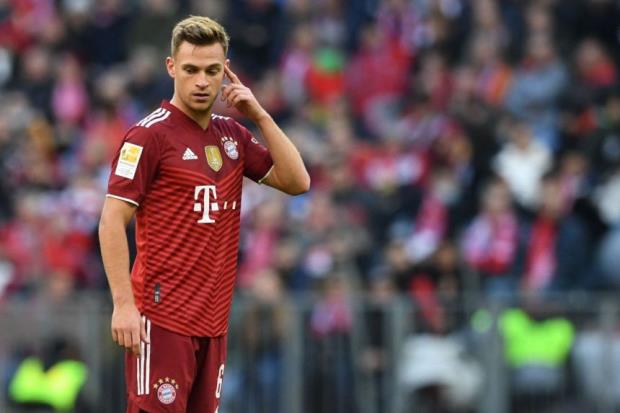 After having private contact with someone who tested positive for Covid-19, Bayern Munich midfielder Joshua Kimmich has returned to house quarantine on Friday. The incident rules him out of at least the next two games.

Bayern Munich's sports director, Hasan Salihamidzic, acknowledged that some players refuse to be vaccinated. "My and the club's position is that we all want to get vaccinated because it's the only way to avoid the pandemic, but you have to accept that not everyone sees it that way."

Before the game in Augsburg, Salihamidzic said, "It's a difficult situation."

Kimmich, Serge Gnabry, Jamal Musiala, and Eric Maxim Choupo-Moting are said to be the only Bayern players who have not been vaccinated.

Fans can only attend games in Bavaria if they are fully vaccinated or have recovered from Covid, while players only need to show a negative test.

Kimmich, 26, just got out of house quarantine on Tuesday after having contact with Bayern Munich teammate Niklas Suele, who tested positive while on international duty with Germany last week.

Kimmich skipped Friday's match against Augsburg as well as Tuesday's Champions League match against Dynamo Kiev. Bayern has already qualified for the last 16 of the competition.

Bayern is also without Suele and Josip Stanisic, who have both tested positive for the coronavirus despite being fully vaccinated.

Since revealing he chose not to be vaccinated due to "personal concerns," Kimmich has been the subject of heated debate in Germany.

He was criticised and accused of failing to fulfil his role as a role model in Germany, which has one of the lowest vaccination rates in Europe (around 68%).