Novak Djokovic advanced to the US Open final with a dramatic victory against Alexander Zverev on Friday. 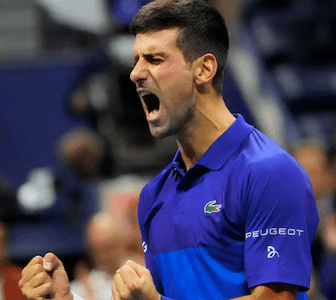 After overcoming Tokyo Olympic winner Alexander Zverev in the US Open semi-finals on Friday, Novak Djokovic will face Daniil Medvedev in a bid to clinch the first men's singles calendar-year Grand Slam since 1969. Djokovic defeated the German fourth seed 4-6, 6-2, 6-4, 4-6, 6-2 to go to Sunday's championship match against Russian second seed Medvedev at Arthur Ashe Stadium. Djokovic stated, "I'm going to treat the next match like it's the last match of my career." If he wins one more match, the 34-year-old Serbian start the first calendar-year Grand Slam since Rod Laver did it 52 years ago.
"There is only one more match to be played. I'm all in. "According to Djokovic. "I'm going to put my whole heart, soul, body, and mind into that one."
Djokovic is aiming for his fourth US Open championship and 21st Grand Slam trophy, which would put him one above of Rafael Nadal and Roger Federer, who are both out due to injury.
Also Read: Ind VS Eng 5th Test cancelled: ECB says England should be considered as winner, check BCCI’s response here
Djokovic remarked, "These are the moments we live for." "These are the kinds of once-in-a-lifetime moments we fantasise about when we're seeking for inspiration." 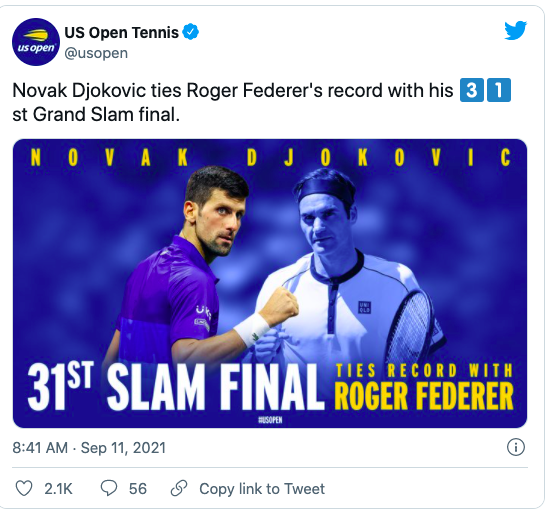 Djokovic tied Federer's record of 31 men's Slam final appearances after defeating Zverev. In major finals, Djokovic is 20-10.
The final is a rematch of the Australian Open final, which Djokovic won in straight sets in February. In their all-time battle, Medvedev is down 5-3 against Djokovic.