As attempts to light the fabric failed, one fan was spotted spitting on the Italian flag, while another repeatedly stepped on it. 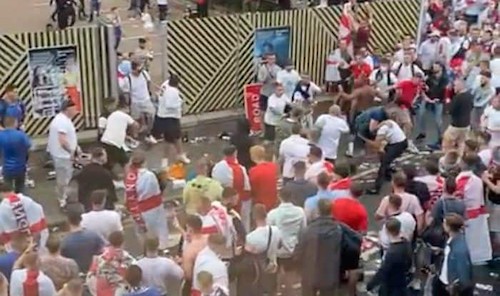 The aftermath of England's penalty shootout loss to Italy in the EURO 2020 final was chaos outside Wembley Stadium on Sunday. The English fans were unable to accept their defeat and unnecessarily attacked Italian fans outside the stadium. There was a lot of racial abuse and stomping on the Italian national flag by English fans, in addition to hitting their Italian counterparts.

As attempts to light the fabric failed, one fan was spotted spitting on the Italian flag, while another repeatedly stepped on it.

The English fans had gathered outside Wembley Stadium in the hopes of seeing their team win and throwing a large party, but when that did not happen, they became furious. See video here. 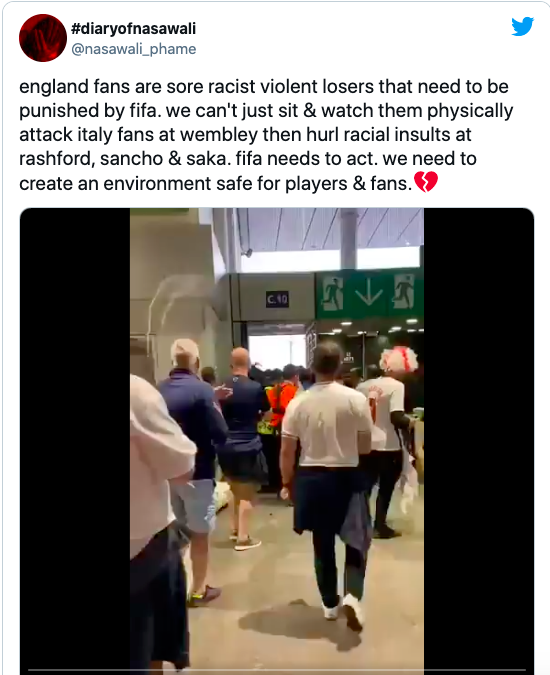 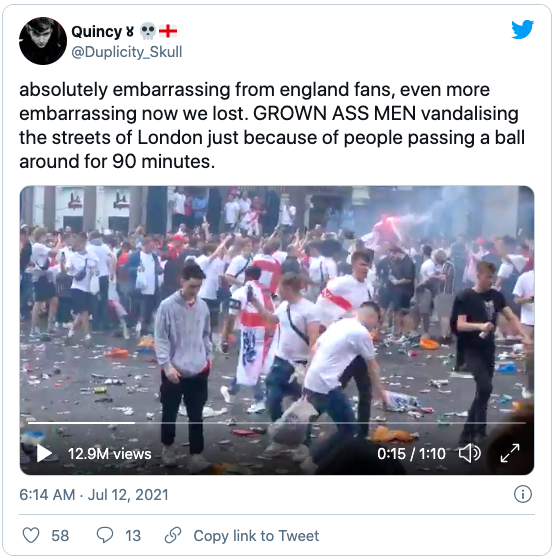 After England’s semi-final win on Wednesday, one fan told me he feels “every black and minority player is one bad game away from racial abuse”. He wasn’t wrong. See Video Here.
Also Read: EURO 2020: Portugal Captain Cristiano Ronaldo Wins Golden Boot with 5 goals 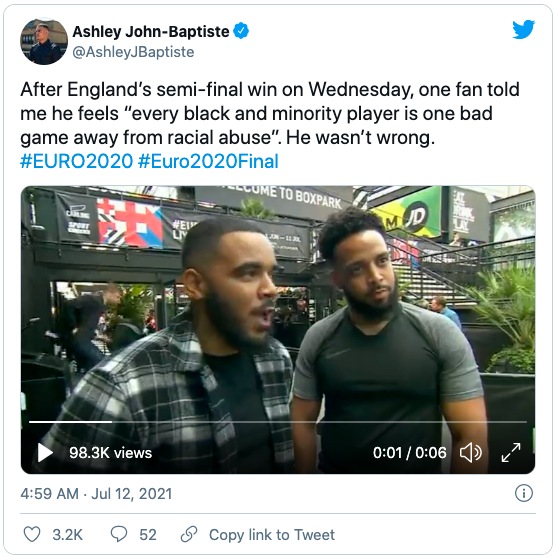 England had earlier gotten off to a great start when Luke Shaw scored in the second minute of the game. In the 67th minute, Leonardo Bonucci equalised for Italy, who had dominated ball possession.

However, Italy was clearly the superior team in penalty kicks, as England missed three and there was no way back.