Indian Women's Cricket team lost their last league match to South Africa and finished Fifth in the points table to bow out of the World Cup. 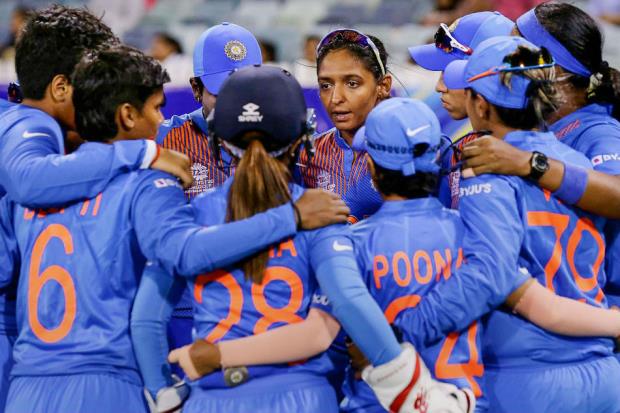 Indian Women's cricket team failed to enter semi finals of the ongoing World Cup being played in New Zealand after a heart breaking last ball loss to South Africa in their last league game at Hagley Oval Christchurch. It was a matter of so near yet so far for the Women- in -blue as a no ball called off Deepti  Sharma foiled a valiant attempt by the team and shattered their dream of progressing further in the tournament.
Batting first after winning the toss, Indian women scored 274 for the loss of seven wickets in their stipulated 50 Overs but failed to contain South Africa below the score and lost a last ball cliffhanger .Mithali Raj led Indian side thus bowed out of the tournament. With three needed off 2 balls by South Africa, Deepti Sharma bowled a no ball on which Magnum du Preez , the eventual player of the match, was caught in the deep.
After the loss, Captain Mithali Raj, who was playing her last world cup match, attributed the loss and early exit from the tournament to inconsistent performance. India scored a high of 317 for loss of 8 wickets against WI and a low of 134 all out against England. Loss in two nail biters against Australia and South Africa also played their part in early exit, Mithali Said.
In a touching gesture, former Indian Captain Virat Kohli lauded the attempt of Indian Women's team and said, "Always tough to bow out of a tournament you aim to win but our women's team can hold their heads high. You gave it your all and we are proud of you"
Also Read:"Was removal of Captain Amarinder Singh right?" asks Manish Tiwari
It is to be mentioned that the Indian Women's Cricket team lost their last league match to South Africa and finished Fifth in the points table to bow out of the World Cup. Australia, England, South Africa and West Indies advanced to the last four stage of the tournament.